Where is the Money for Child Care?

Starting next year, the state Department of Health and Human Resources plans to cut child care subsidies, affecting 800 families and 1,400 children. According to state officials, the cuts are necessary due to a depletion of surplus federal funds and are expected to save the state $8 million.

Could the state find $8 million in the budget to protect the subsidies and keep child care affordable for working families? I think the answer is yes.
First, while state officials cite growing Medicaid costs as a major strain on future budgets, the state’s fiscal health has been outstanding. If anything, state officials have been too pessimistic regarding the state’s budget. For example, the state has been running huge general revenue surpluses every year but two since 2005. This year, the state ended FY 2012 with a nearly $88 million surplus in the general revenue fund. The state has had an average surplus of $106 million per year since 2000. 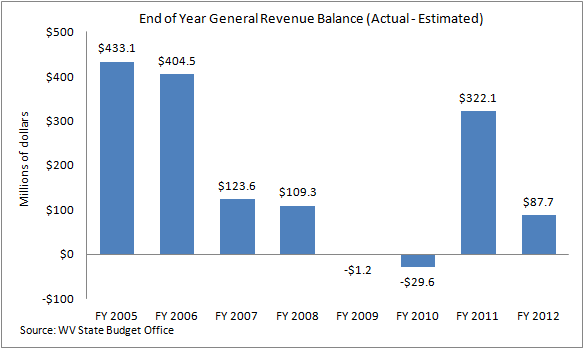 In addition, the state has a rainy day fund that is rapidly approaching $1 billion. In 2012, West Virignia’s rainy day fund was equal to 20% of its expenditures. According to the National Association of State Budget Officers, only two states, Alaska and Wyoming, had a rainy day fund with a larger ratio to their expenditures. Only 7 states total had a ratio over 10%, and 12 states had no balance. Nationally, rainy day fund balances were equal to 4.9% of state expenditures, less than a quarter of West Virginia’s funding level.
So while the state would appear to be on sound enough financial footing to keep the child care subsidies intact, there are other areas of the budget the state could turn to in order to save $8 million.
First up, the continuing business tax cuts. The state’s corporate net income and business franchise tax have been cut every year since 2007, and will continue to fall until 2017. Already these tax cuts have cost the state $123 million in revenue, and when fully enacted, will reduce revenue by nearly $200 million per year. If state officials were to revisit the dubious effectiveness of these tax cuts, perhaps there wouldn’t be a need to cut child care subsidies. 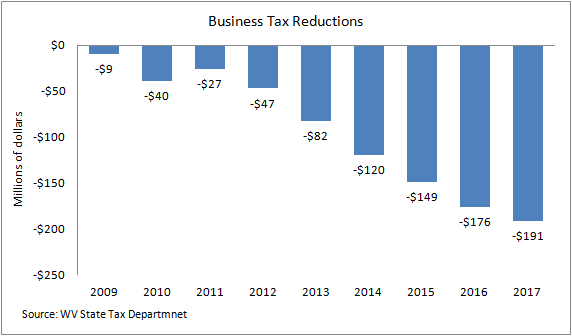 Some other revenue areas officials could look include:
If the state were to make children and working families a top priority, rather than tax cuts, which are overwhelmingly going to businesses, then it would be easy to find a way to protect the child care subsidy.