What is West Virginia’s Economic Outlook?

The Bureau of Business and Economic Research at West Virginia University released their annual Economic Outlook Report for the state earlier this month. According to the report’s forecast, West Virginia is expected to experience modest job growth, with employment forecasted to grow at an average rate of 0.7 percent per year for the next five years.  That’s below the projected national average of 0.9 percent per year, and as the report notes, would result in West Virginia not reaching its 2012 level of employment until 2021. 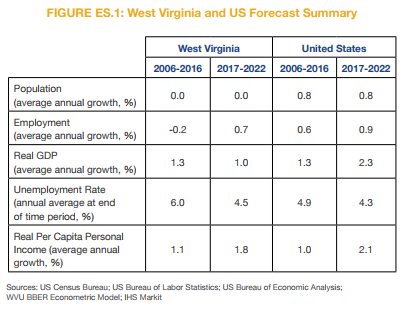 BBER’s employment growth forecast of 0.7 percent is one of the lower forecasts for the state that they have made in recent years. This may be a reflection that past forecasts have consistently been too rosy, with West Virginia under performing. For example, West Virginia is about 50,000 jobs short of where BBER’s 2013 forecast said the state would be in 2017. 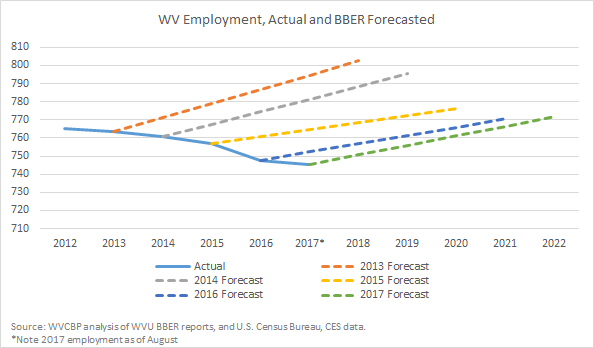 The main gist of the report is that after several years of struggling economically compared to the rest of the country, West Virginia is beginning to slowly rebound, but will continue to trail the rest of the country. Notably, the report expects the coal industry to stabilize, and manufacturing employment to grow, but with most of the growth coming from the opening of two major facilities in the eastern panhandle.  The report also notes West Virginia’s demographic challenges, and says that economic development strategies should focus on ways to improve health and education outcomes.

It would have taken minimal effort for the BBER to include the impact of RTW in their Economic Outlook. As you may remember, the BBER published an analysis of the economic impact of RTW in 2015 that was funded by the West Virginia legislature. The analysis showed how much RTW would increase the state’s average annual GDP and employment growth, two of the same measures that BBER uses for their Economic Outlook reports. And while their RTW report was criticized for its flawed methodology and unrealistic results, they have stood by its analysis. 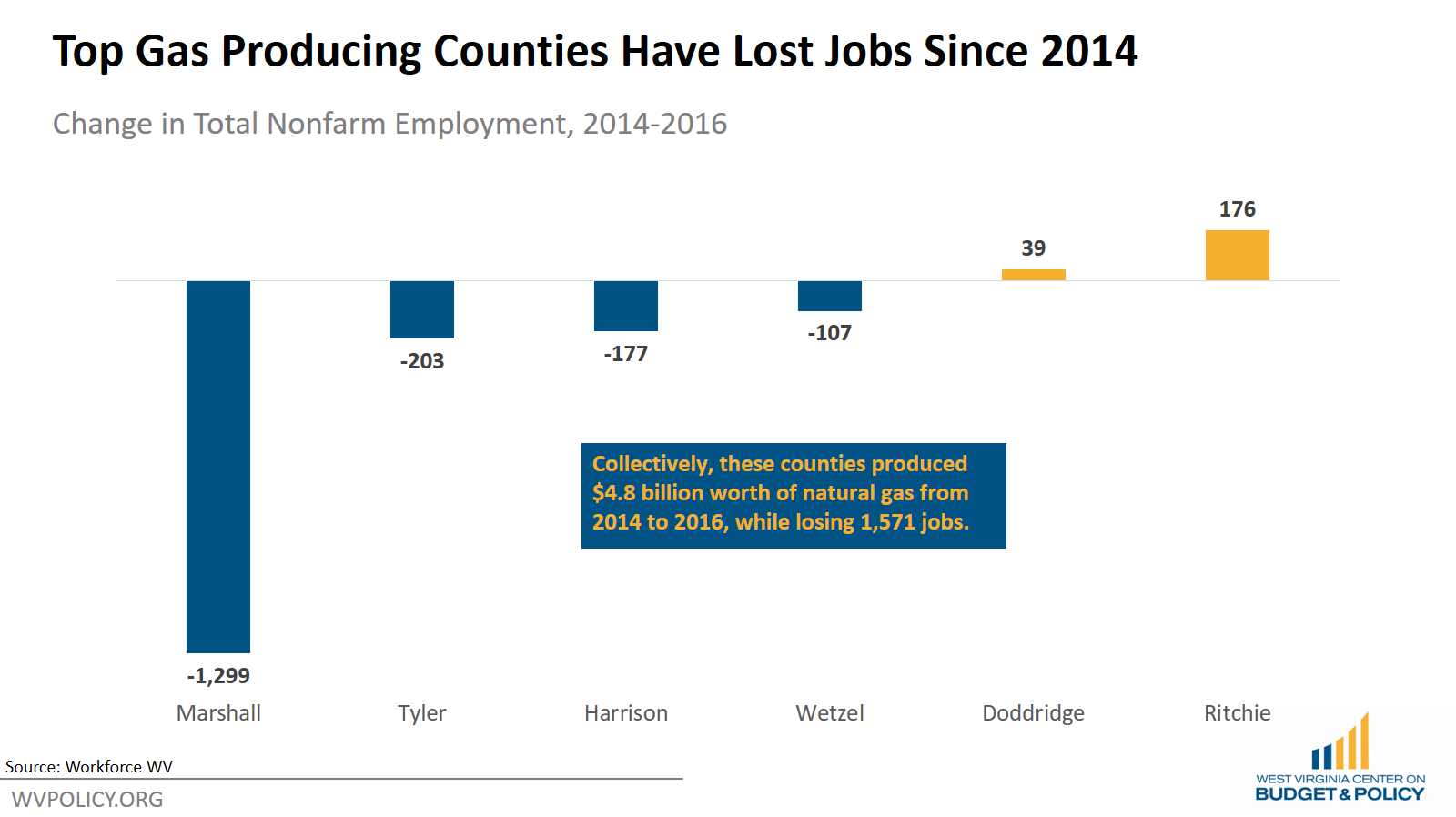 But, despite standing by their RTW study’s results, and the fact everyone expected the Supreme Court to hold up the state’s RTW law, BBER did not include it in their analysis, nor did they mention that the Economic Outlook would change substantially once the law went into effect. 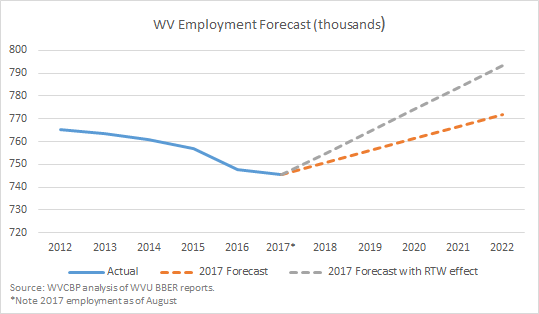 Including BBER’s RTW analysis completely changes their Economic Outlook report, transforming the story from one about a state whose economy is going to continue to trudge along, to one that is on the verge of an unprecedented economic turnaround. If it makes such a huge difference, why not at least mention it? While the report may have been drafted while the fate of the state’s RTW law was still up in the air, BBER had already done the work and could have easily mentioned its potential effects. And now that RTW is officially law, BBER is still promoting the Economic Outlook that doesn’t include it. And if they did happen to include the impact of RTW in this year’s report, and just forgot to mention it, that means the employment forecast for West Virginia didn’t change from last year, implying either that RTW had no impact, or that West Virginia’s economy went completely south from last year to this year.

If BBER and other advocates of RTW were confident in their promises about the policy, one would think they would be eager to incorporate it into their official Economic Outlook report, and travel the state telling everyone about the tens of thousands of jobs that are coming. But BBER and other RTW fans aren’t very eager to do so. Instead of being transparent and accountable to the claims made to get RTW passed, those claims are being ignored. Is it believable that West Virginia is poised to lead the nation in job growth the next five years? No, but that was the claim made to get RTW passed. And now that it is law, those promises have been forgotten.