West Virginia’s workers are more productive than ever. In fact, since the end of the recession, and the start of the current business cycle, (which coincidentally overlapped with the most recent minimum wage increase), worker productivity in West Virginia has risen 6.5%, the 8th fastest rate among the 50 states. 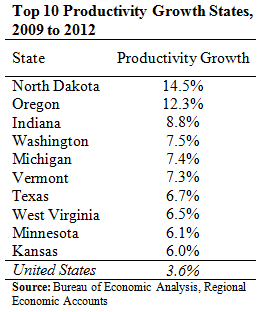 So where did the productivity gains go, if not to worker wages? As the table above shows, while average worker’s wages fell behind their productivity, the average hourly pay of chief executives far exceeded productivity, growing 17.9%.

Workers in West Virginia have not fully shared in the economic gains of the last few years, despite their increased productivity. Instead, as profits and CEO compensation rise, worker wages have stagnated. Increasing the minimum wage is a good first step towards making sure that West Virginia’s workers are realizing the fruit of their labor.