State and local tax systems can be effectively used to boost economic opportunity, create broadly shared prosperity and build equitable state economies. But in most states, including West Virginia, tax systems are upside down and are making inequality worse, as a new report from the Institute on Taxation and Economic Policy (ITEP) shows.

The ITEP report examines the state and local tax systems of all 50 states and the District of Columbia and finds that 45 of them tax low-income families more heavily than wealthy families. In West Virginia, the lowest-income state residents pay 21 percent more in taxes as a percent of their income compared to the state’s wealthiest residents. 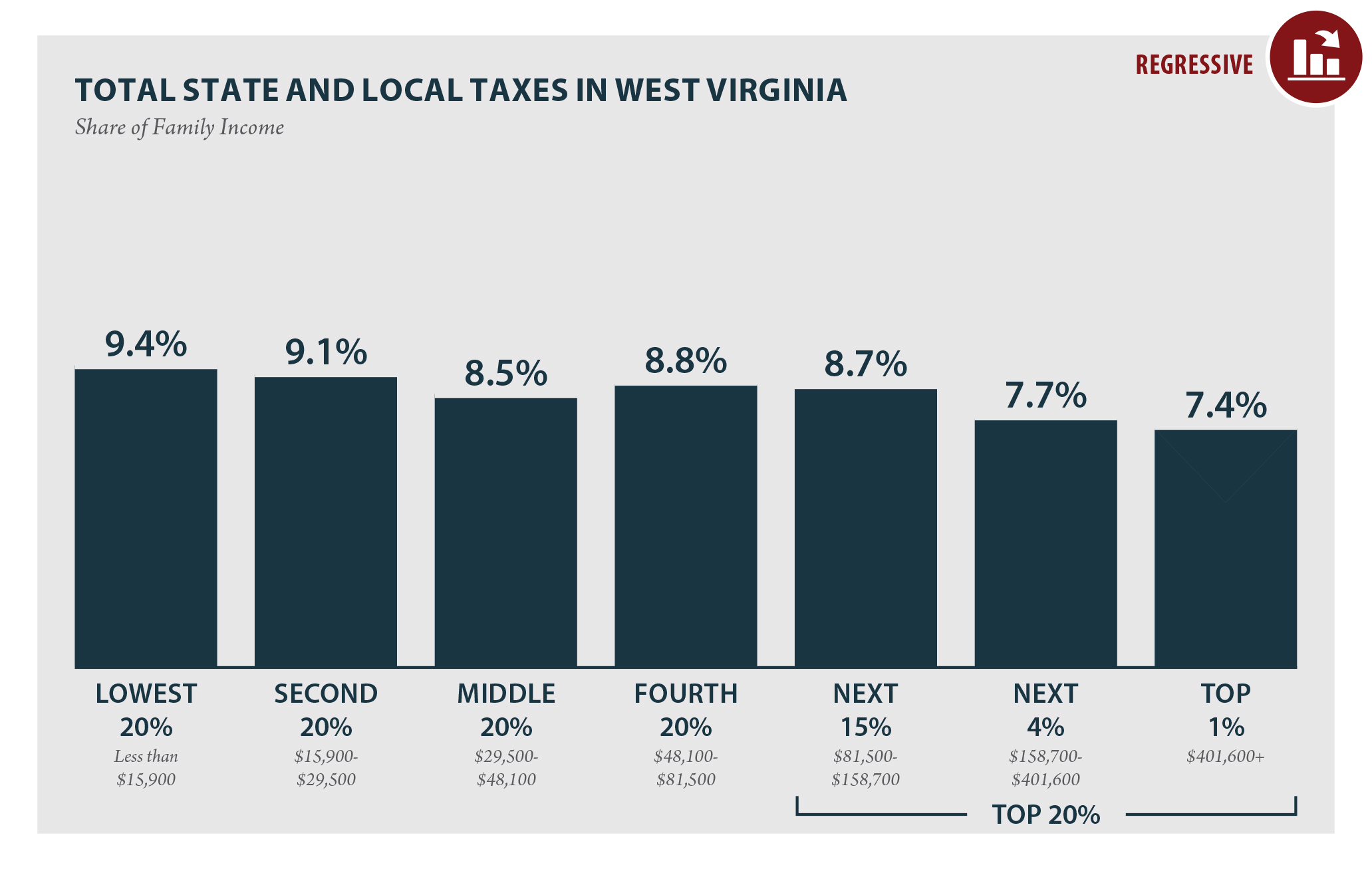 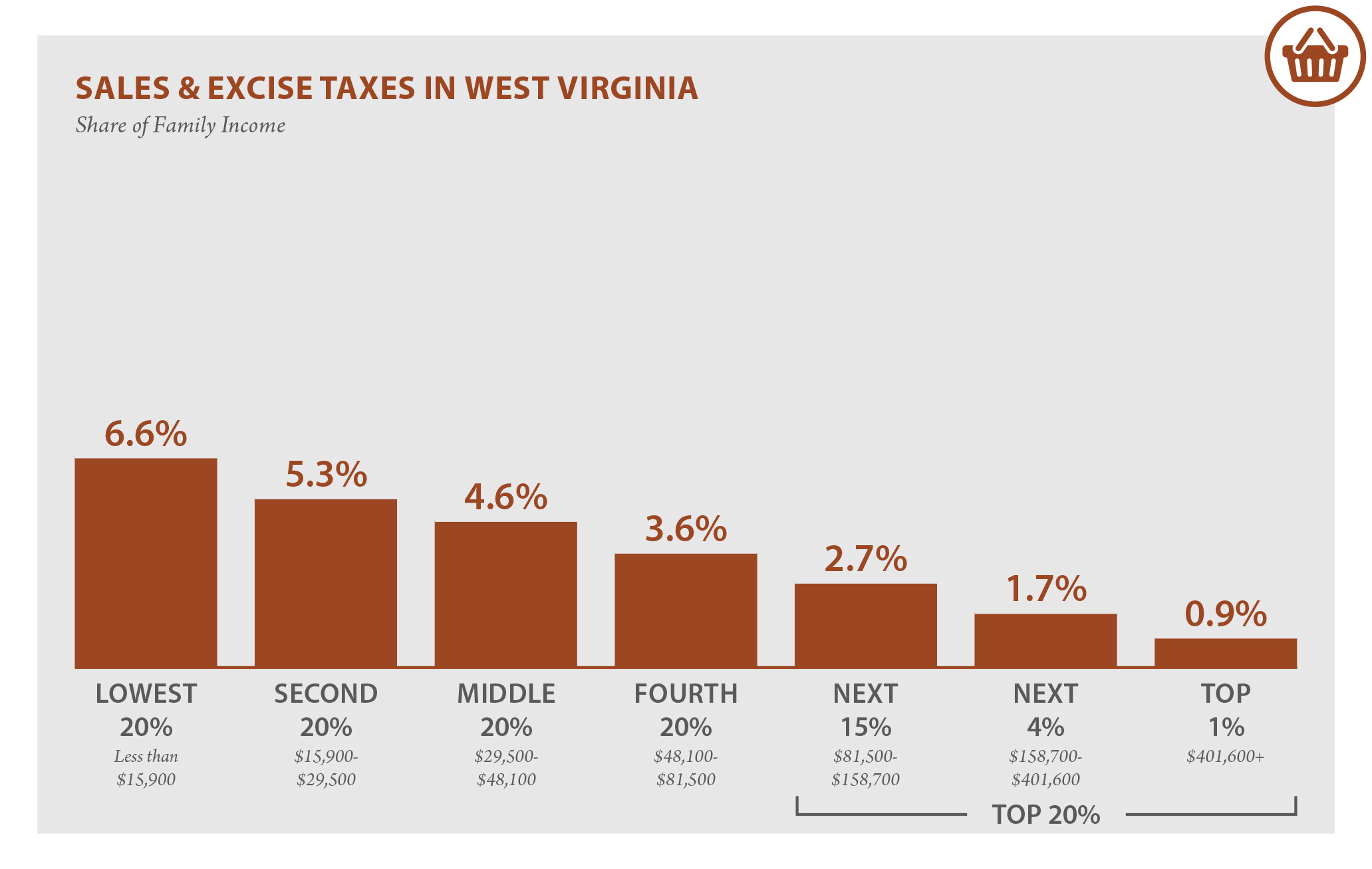 Not only does the state’s upside-down tax system contribute to income inequality, it also reinforces and deepens racial inequities, since households of color are likelier to have low incomes.

However, state tax policy can be used help dismantle barriers to opportunity and reduce inequities. In California, Vermont, Delaware, Minnesota and New Jersey, state and local tax systems somewhat narrow the gap between low-income and wealthy households, though none of them sharply reduce inequality through their tax systems. Highly progressive income tax brackets and rates, the use of targeted, refundable low-income credits, like a state Earned Income Tax Credit and a lower reliance on regressive consumption taxes are all ways state’s can make their tax systems more progressive and less likely to contribute to income inequality.

Unfortunately, recent attempts at tax reform in West Virginia would have moved the state in the wrong direction. Efforts to eliminate West Virginia’s income tax and repeal the property tax on business personal property would not only cost the state millions in revenue, but would also make the state’s tax system even more regressive – meaning low- and moderate-West Virginians would put up that revenue loss in the form of other regressive taxes like sales taxes. Regressive tax cuts West Virginia made in the past, like eliminating the business franchise tax and cutting the corporate net income tax, both added inequality to the tax system while depriving the state of revenue leading to financial struggles to PEIA and years of no pay increases for public employees.

An over-reliance on regressive taxes prevents states from investing in the priorities that will bolster the prospects of low- and middle-income residents such as education, workforce development, infrastructure improvements and adequate healthcare. How we fund these priorities matters. Upside-down tax systems, which tax lower-income people at higher rates than their top-earning neighbors, are inherently inequitable and deprive state coffers of the funds needed to develop thriving communities that benefit us all.