The Bureau of Business and Economic Research at WVU recently released population projections for West Virginia over the next 15 years. According to their projections, West Virginia’s population will grow by 39,811 from 2010 to 2015, an increase of 2.1 percent.

While the projected total population changes are minor, the changes in demographics are drastic. The following chart shows the projected changes by age group for West Virginia’s working age population. 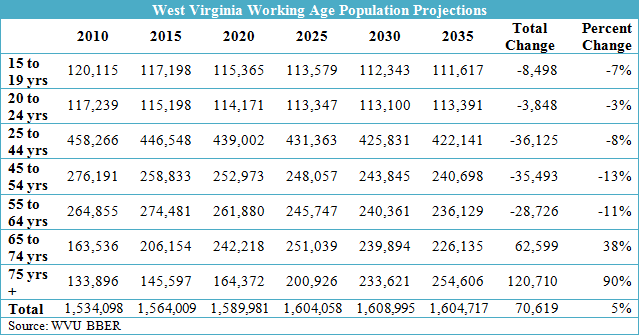 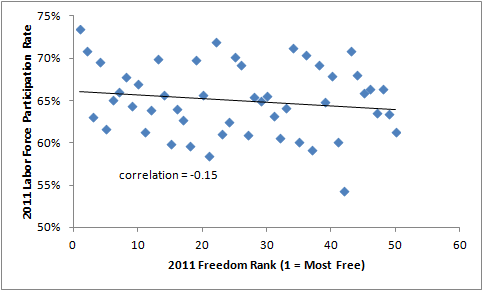 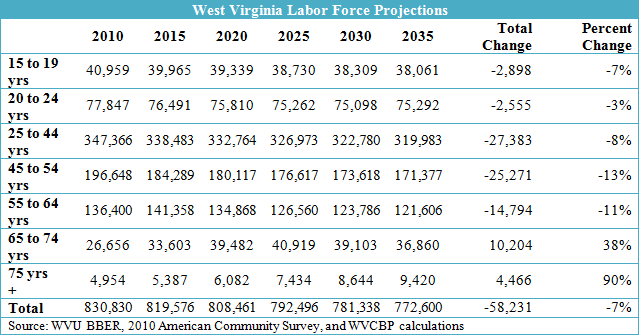 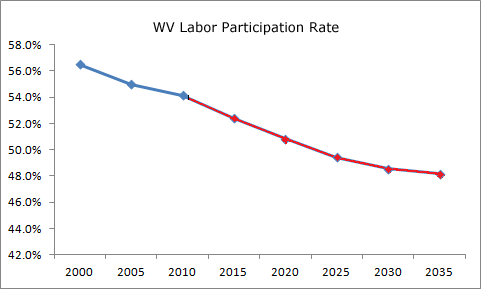 This could spell trouble for the state’s future. An older population is an expensive population, particularly with higher medical costs and other demands on public services. Combined with a smaller labor force, and therefore a smaller tax base, and West Virginia’s budget won’t stay balanced for long.