One idea we’ve championed in the past is the creation of a trust fund for economic development and diversification funded through an increase in West Virginia’s severance tax levied on coal and natural gas extraction. But would raising the severance tax make it too expensive to mine coal or drill for natural gas in West Virginia, and hurt the state’s economy? Let’s look at how West Virginia compares to other states. 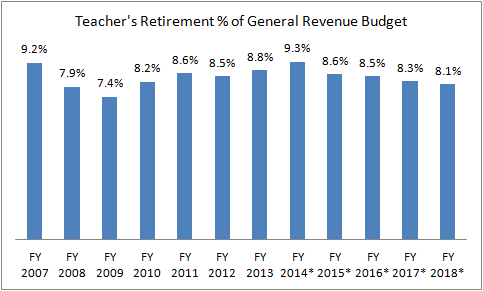 Source: U.S. Census Bureau
So while West Virginia relies on the severance tax, it doesn’t do so to the extent of some other energy and natural resource intensive states. But which state actually taxes coal, oil, and gas the heaviest, and how does West Virginia compare? Instead of comparing the statutory rate for each state, a more accurate way to compare is to calculate an effective rate for each state.
One way that can be done is by using data from the 2007 Economic Census (the most recent year available). One data item from the economic census is the total value for shipments, and receipts for services for every industry, which, for the mining industry, would basically be the total value of all the coal, gas, and oil sold by the industry. By dividing total severance tax revenue by that number, you can come up with an effective severance tax rate for the mining industry.
Effective Severance Tax Rates, 2007

With West Virginia’s effective severance tax rate lower than several other highly productive energy resource states, it seems unlikely that a small increase in West Virginia’s severance tax rate would hurt production nor cause any economic harm. Further, most analysts believe that severance taxes are highly exportable, meaning that the tax burden falls mostly on out of state utility customers and shareholders. This is just one more reason why the state needs to create a WV Trust Fund with a modest increase in the severance tax. Without it, there is no guarantee that the state will benefit from natural resource production in the long-run.