It has been 12 years since West Virginia began its tax cut experiment, phasing out the business franchise tax and cutting the corporate net income tax rate from 9% to 6.5%, and nearly 5 years since the cuts have been fully in place. While we’ve explored before why business tax cuts aren’t likely to work when it comes to creating jobs, enough time has passed since West Virginia’s tax cuts to evaluate how effective the tax cuts were. And the results are not pretty. 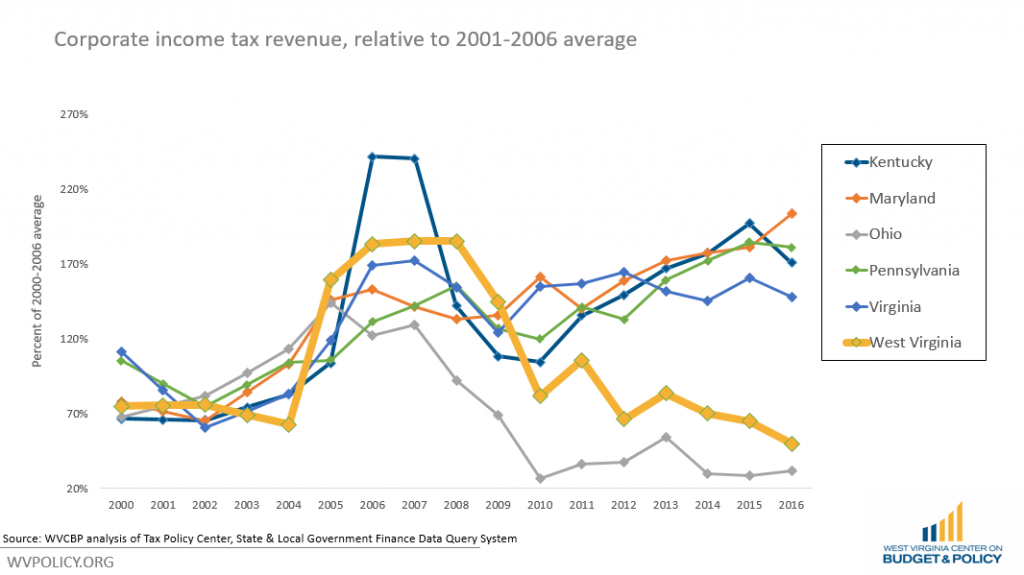 Looking at total private sector job growth, there is no indication that West Virginia’s business tax cuts had an effect. West Virginia’s neighboring states all share the same pattern of job growth, declining during the recession, than recovering and growing in the years since, with Ohio experiencing a sharper decline, and lower growth overall. West Virginia showed no noticeable impact from its tax cuts, and in fact, has seen slower overall job growth for the past several years, despite the tax cuts being fully in effect. The tax cuts have not put West Virginia “in a better position to compete regionally” as promised. Instead, the state has under-performed since the tax cuts were enacted. Interestingly enough, the next worse performing state, Ohio, was the state that also enacted a series of major business tax cuts. 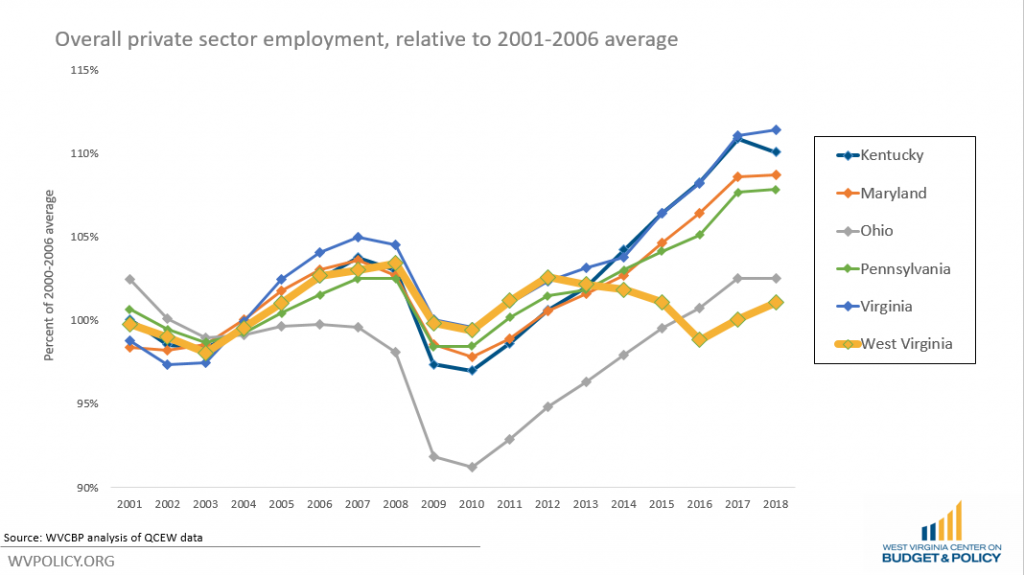 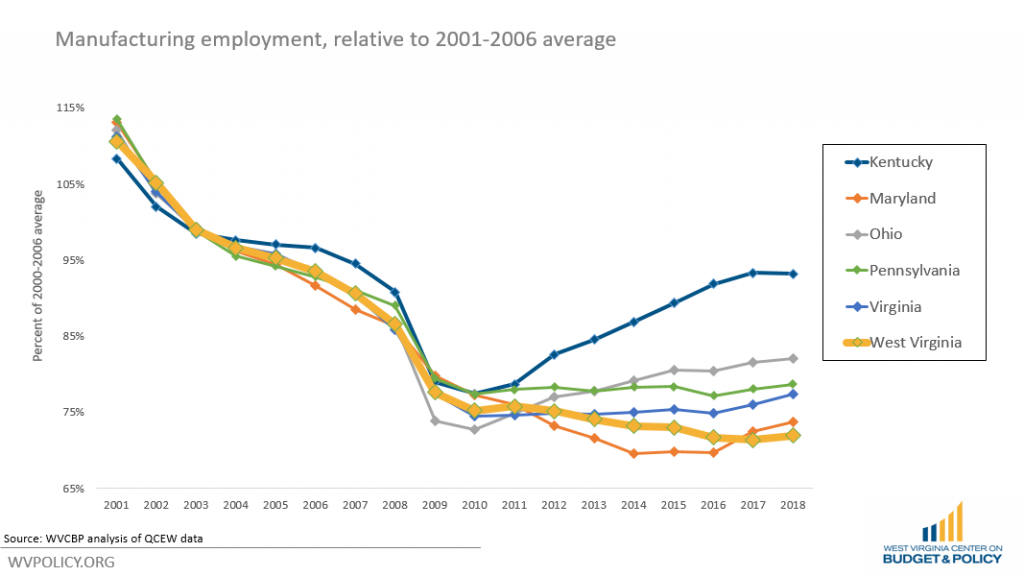 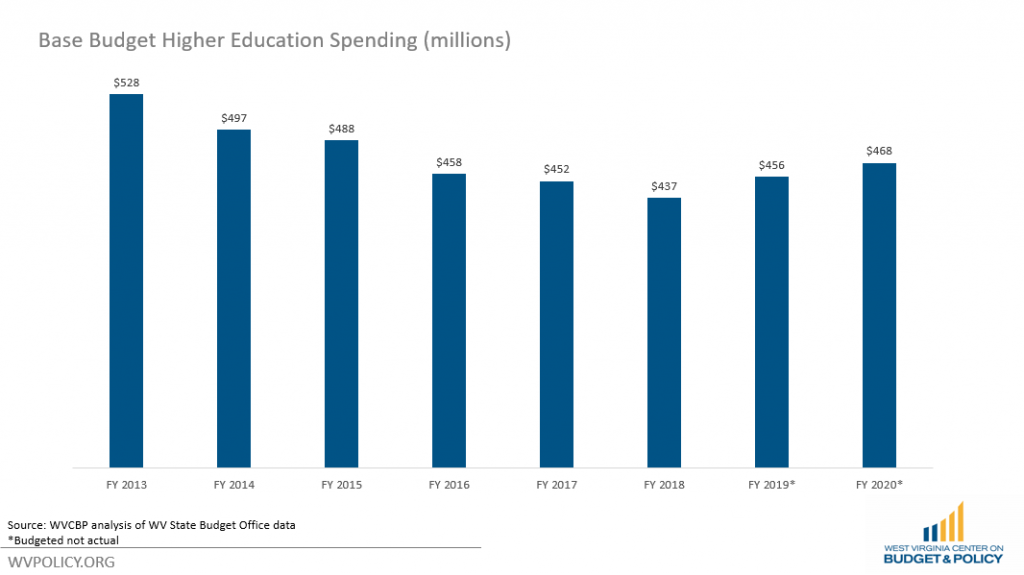 West Virginia’s approach of tax cuts for high income or large businesses was a losing strategy. The state would have been much better off ensuring that its tax system in adequate enough to provide a foundation of investments in physical and human capital for which businesses and communities need to thrive.