The Spring 2013 Fiscal Survey of the States has been released by the National Association of State Budget Officers. The report is chock full of budget information for all 50 states, including spending and revenue levels, forecasts, and a Medicaid outlook. The overall takeaway from the report is that most states are starting to be relieved of the fiscal pressures brought on by the recession, but high unemployment and a weak recovery continue to be a challenge.

Unlike most other states, West Virginia’s budget fared well during the recession. In fact, the state cut business taxes every year since the recession began. And now, while most states are getting back to normal, a lack of revenue has forced West Virginia to cut its budget, both during the current fiscal year and for  the upcoming year. In fact, according to the NASBO report, West Virginia is making the second largest budget cut from FY 13 to FY 14, and is one of only eight states that is seeing negative budget growth. 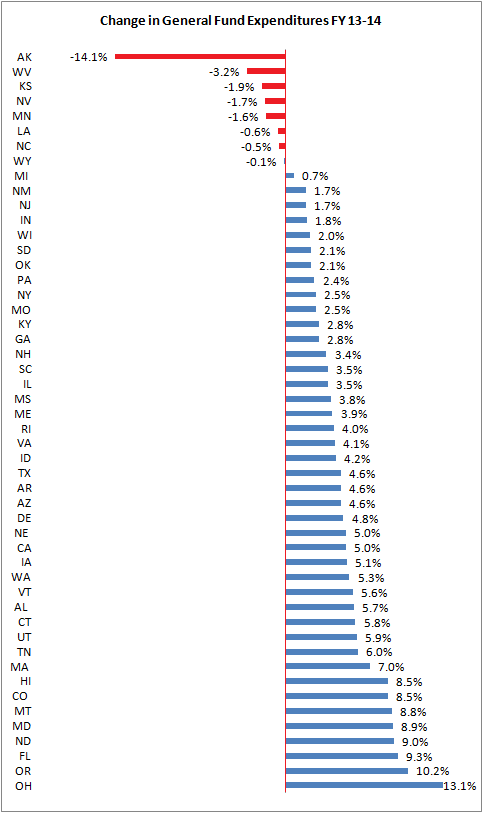 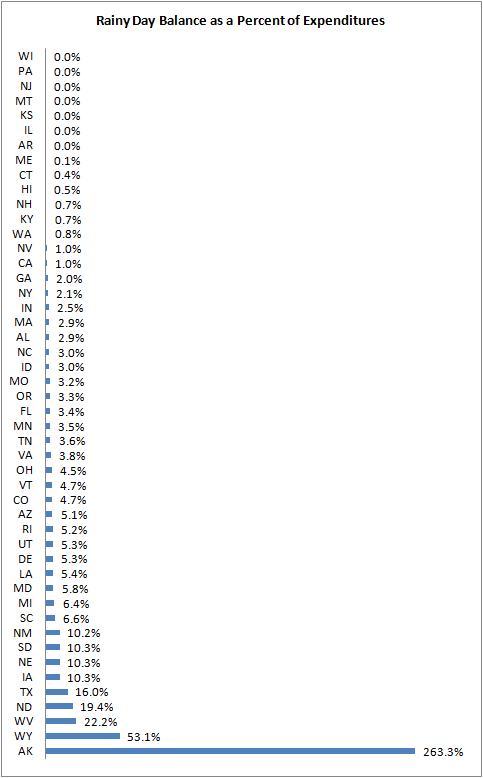 In comparison, overall, rainy day balances only account for 5.9% of state expenditures, with many states having no balance at all. But instead of tapping the rainy day fund, West Virginia has enacted a series of budget cuts, which are already starting to have negative effects, like tuition hikes at the state’s colleges and universities.

With budget cuts at the federal level hurting, rather than helping, the economy, the cuts that West Virginia is taking will likely hurt as well, particularly as revenues are projected to continue their slide.