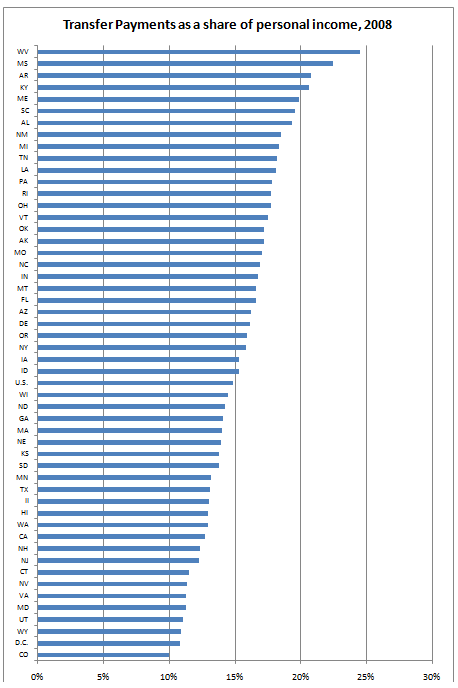 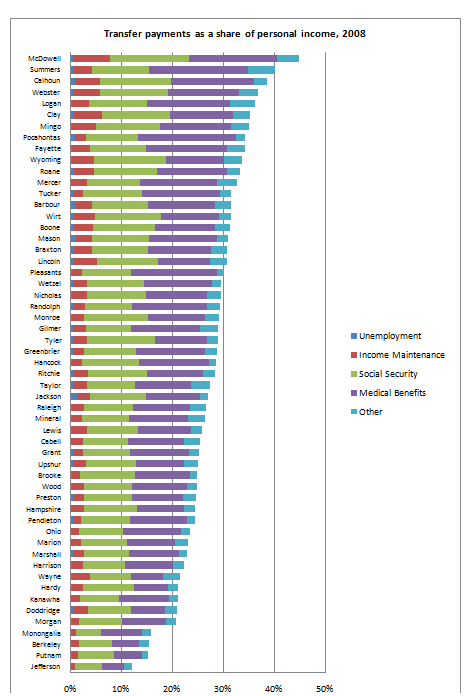 Source: Bureau of Economic Analysis
Unemployment insurance, income maintenance programs, social security, and medical benefits appear to be the main drivers behind West Virginia’s transfer payments. Now the question is how West Virginia differs from the rest of the country and why. 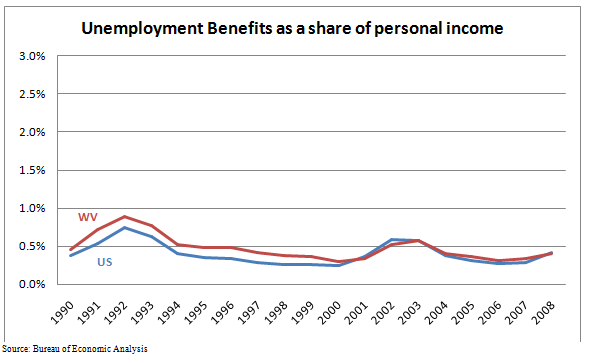 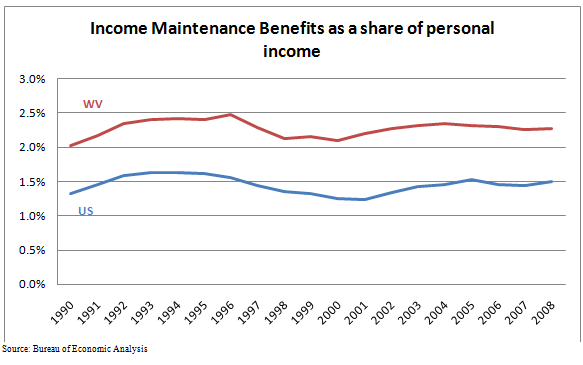 Income maintenance benefits include welfare benefits like supplemental security income, food stamps, and other forms of family and income assistance. These benefits have made up between 2 and 2.5 percent of personal income in West Virginia since 1990, roughly 1 point higher than the national average. Since West Virginia is a poorer state, you could expect this number to be higher, but it still doesn’t fully explain the overall difference. Something other than welfare gives West Virginia its large share of transfer payments. 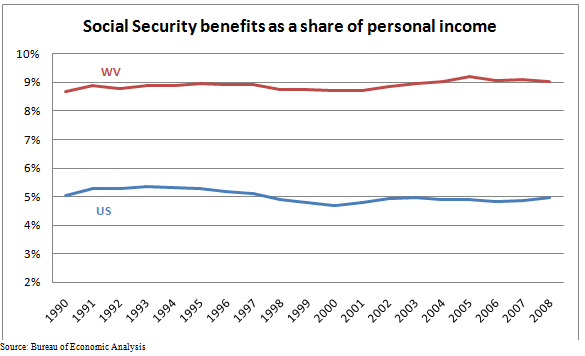 With social security, we are starting to see some real differences. Social security benefits have consistently made up 9 percent of West Virginia’s personal income since 1990, about 4 points higher than the national average. The reason for this is simple, West Virginia has the second oldest population in the country. An older population means more retired persons, which leads to more social security payments. 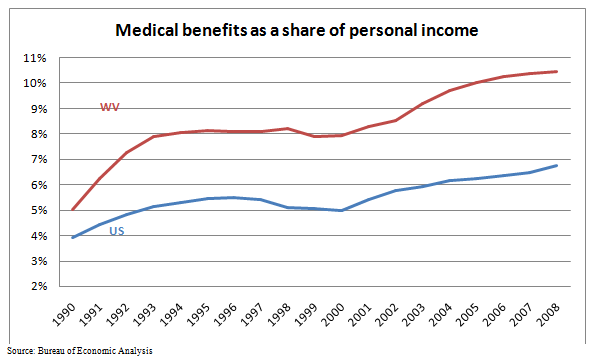 With medical benefits, which mainly include Medicare and Medicaid, the picture becomes even more clear. Medical benefits make up almost 10.5 percent of West Virginia’s personal income, compared to the national average of just under 7 percent. Even more important, that number has grown substantially since 1990 for the state and the country overall. This is due to the rising costs of healthcare, and the growing number of seniors drawing Medicare benefits. Also playing a role is the poor health of West Virginians.
West Virginia ranks in the top three in the following categories among the states:
West Virginia also has high levels of air pollution and high levels of preventable hospitalizations.
With an older, unhealthy population, its no surprise that transfer payments make up such a large percentage of West Virginian’s personal income. As the population continues to age, that number will grow, unless we begin to invest in our future population and take steps to control healthcare costs.