The 2019 Legislative Session: the Good, the Bad, the Defeated

The 2019 Legislative Session ended this past Saturday. Overall, it was one of the more successful legislative sessions in recent years, all things considered. There were also a string of disappointments along with some surprising victories and the defeat of many bad bills.

Reducing Food Insecurity (HB 2459): West Virginia was just one of three states that banned people convicted of drug-related felonies from receiving SNAP benefits. Effective May 21, 2019 this will no longer be the case and over 2,100 people, many of which are in recovery from drug addiction, will now be able to receive SNAP benefits.

Paid Family and Medical Leave (SCR 41): The State Senate passed a resolution to study the implementation, costs, and benefits of creating a paid family and medical leave insurance program in West Virginia. This is one of the seven policies that we highlighted in our 2018 report, Strengthening West Virginia Families. Access to paid family and medical leave improves outcomes for children and benefits businesses by creating healthier and more productive employees.

Reducing Coal Severance Taxes (HB 3142 & HB 3144): Despite cogent testimony and analysis from the WVCBP and the Department of Revenue that this bill would do little to boost employment or coal production, the legislature passed HB 3142 to phase down the coal severance tax from five percent to three percent for steam and thermal coal production. Once fully phased in, it will reduce tax revenues by an estimated $64 million annually. The good news is previous versions of the bill reduced the severance tax rate to two percent with no phase in. On top of this budget-busting bill, the legislature also passed a new “super tax credit” for coal companies that would allow them to deduct up to 35 percent of new investment costs (machinery/equipment/land) from their coal severance tax liability up to 80 percent of what they owe. 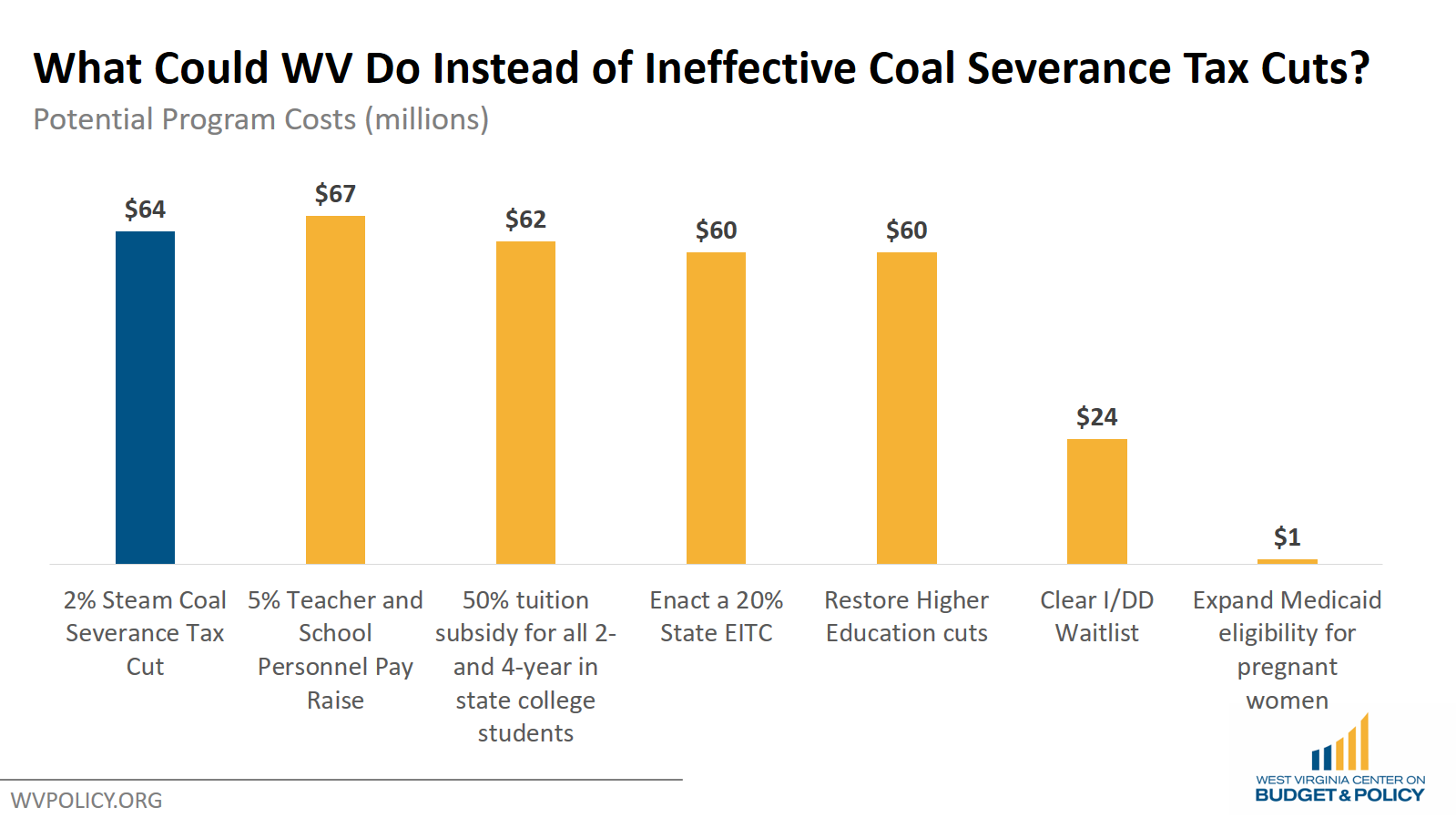 Medicaid Work Reporting Requirement (HB 3136): The most crucial defeat of the session, this bill would have required WV DHHR to submit an Section 1115 Waiver for a work reporting requirement for Medicaid. Altogether, this would have caused between 46,000 to 122,000 adults to lose Medicaid health coverage.

Privatization of Public Education (SB 451): This was the most controversial bill of the session and it resulted in a two-day strike that involved teachers and school service personnel. It contained many proposals (it was known as the education omnibus bill!) including establishing charter schools and Education Savings Accounts (ESAs). ESAs are a type of school voucher for parents that send their kids to private schools that would have funneled millions of dollars from public to private schools, as we reported here. The governor has called a special session on educational reform on a date to be determined. Stay tuned!

Other good bills that passed:

SB 1: will provide free in-state college tuition at the state’s community and technical colleges to some applicants if they meet certain requirements, including passing a drug test each semester.

SB 4: makes the Municipal Home Rule Pilot Program permanent, passed during the session’s final days. This will allow municipalities to enact laws, ordinances and policies such as a local sales and use tax.

HB 2583: will allow people to get birth control from a pharmacist without visiting a doctor.

HB 2083: makes it easier for people to obtain a state ID after being released from prison.

HB 2486: will ease restrictions on dozens of professional licenses for people with criminal convictions.

HB 2020: this is the Budget Bill which was passed by the legislature and is expected to be signed by Governor Justice. Read more about what has been added and cut from the state budget in Sean’s blog post. 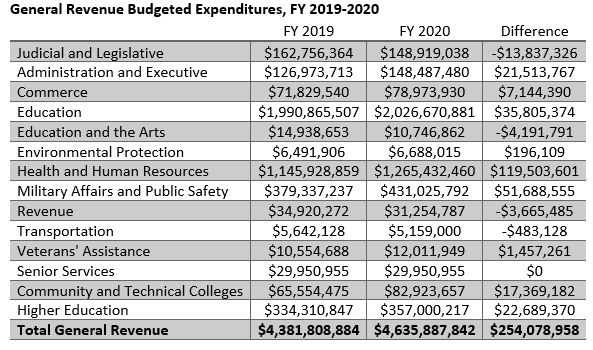 Read about the fate of more important bills recap in Ted’s blog post.

Help Fight Hunger!
Please take a moment to comment on the USDA proposed rule that would take food assistance away from over 755,000 people (including folks in 28 counties across West Virginia).

Here is an easy link where you can submit comments. The deadline to comment is April 2, 2019.

Join us at the Floralee Hark Cohen Cinema for a screening of What is Democracy? Coming at a moment of profound political and social crisis, What Is Democracy? reflects on a word we too often take for granted.

Director Astra Taylor’s idiosyncratic, philosophical journey spans millennia and continents: from ancient Athens’ groundbreaking experiment in self-government to capitalism’s roots in medieval Italy; from modern-day Greece grappling with financial collapse and a mounting refugee crisis to the United States reckoning with its racist past and the growing gap between rich and poor.

Featuring a diverse cast-including celebrated theorists, trauma surgeons, activists, factory workers, asylum seekers, and former prime ministers-this urgent film connects the past and the present, the emotional and the intellectual, the personal and the political, in order to provoke and inspire. If we want to live in democracy, we must first ask what the word even means.

The film will conclude with a panel discussion featuring Rev. Ronald English, who is also on the WVCBP’s Advisory Committee, and Sue Barazi with the Islamic Association of West Virginia.

Get Ready for the Big Health Care Debate of 2020! Save the date and join the discussion over lunch (provided) at the Covenant House, Charleston, WV. Noon – 2:00 PM