SNAP plays a crucial role helping workers in low-paying jobs afford a basic diet in West Virginia. Each year between 2013 and 2015, an average of 81,000 West Virginia workers lived in households that participated in SNAP within the last year, according to analysis from the Center on Budget and Policy Priorities.

For many of our friends and neighbors, work doesn’t provide enough income for them to feed their families. Many workers earn wages so low that a full-time worker doesn’t earn enough to lift a family out of poverty. Low-wage jobs often have irregular schedules, where the number of hours changes frequently. Crucial benefits such as paid sick leave are rare in low-wage positions. Many of these jobs also have high turnover rates, so workers in low-wage jobs experience periods of unemployment at higher rates than higher-paid workers.

Because many workers struggle to feed their families in West Virginia, they often turn to SNAP to help supplement low wages, smooth out income fluctuations due to shifting schedules, or help sustain them during periods of unemployment. 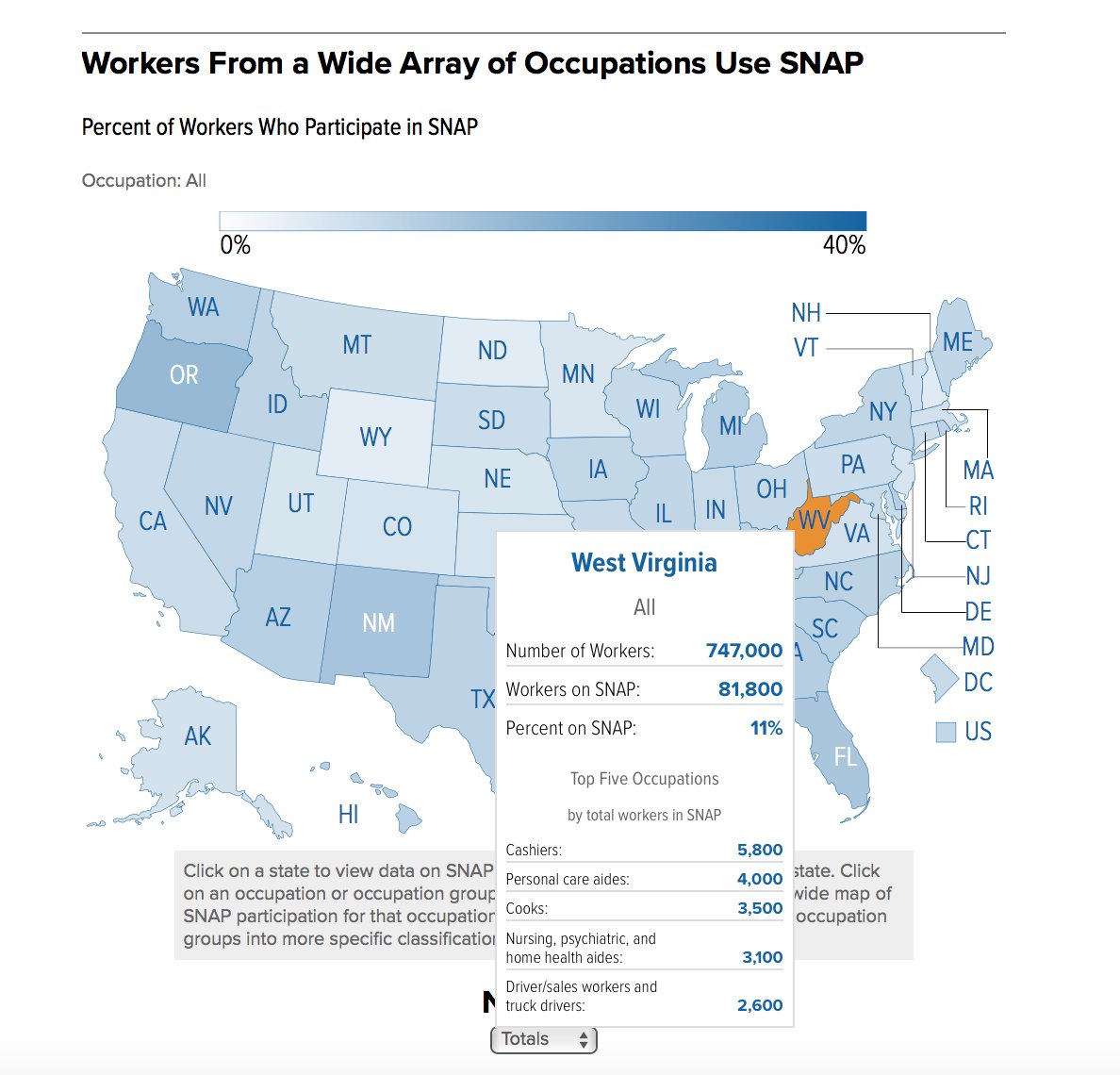 In the Mountain State, close to one-fifth of working SNAP participants work in service jobs, most commonly as cooks and wait staff, security guards, home health aides, and folks who clean homes and do yard work for a living. Almost one-fourth of working participants work in either sales jobs, most commonly as cashiers or retail salespersons, or in office and administrative support positions, largely as customer service representatives or stock clerks.

These jobs typically have low wages. For example, the top four occupations among West Virginians participating in SNAP have average hourly wages far below the state average of $19.35 in 2016, and many with wages low enough to be in the bottom quarter, according to Bureau of Labor Statistics data: cashiers ($9.65); personal care aides ($9.54); cooks ($10.58); nursing, psychiatric, and home health aides ($11.14).

In sum, for over 81,000 West Virginians, SNAP responds to low wages and job instability by providing workers and their families with supplementary income to buy food. Show your support for them by signing your organization on to this letter being circulated on Capitol Hill by our friends at the Food Research Action Network.