The Better Care Reconciliation Act (BCRA), the latest Republican plan to repeal and replace the Affordable Care Act (ACA), was introduced in the U.S. Senate on June 22, 2017, and is awaiting a vote. In its current form, the bill would eliminate most of the provisions of the ACA, including its tax provisions, and drastically cut Medicaid, essentially ending Medicaid expansion and instituting per capita caps. The end result of these changes for West Virginia would be a large tax cut for a small number of the wealthiest individuals in the state, while tens of thousands would lose Medicaid coverage.

The two largest tax provisions that would be repealed are the  Additional Medicare Tax, which is a 3.8 percent tax on wages for taxpayers with wages exceeding $200,000 ($250,000 for married earners), and the Net Investment Tax, which is a 3.8 percent tax on investment income for taxpayers with income exceeding $200,000 ($250,000 for married couples). Repealing these two taxes would cost over $31 billion, with 85 percent of the benefit going to the top 1 percent of Americans.

According to the Institute on Taxation and Economic Policy, only 11,100 West Virginians would benefit from the repeal of these two taxes, or only 1.2 percent of taxpayers in the state. The tax cut would be worth $46 million for West Virginia, with 96 percent of the savings going to the wealthiest 1 percent in the state, or those earning more than $346,000/year. 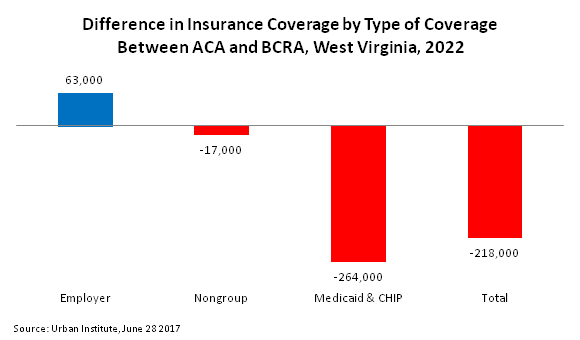 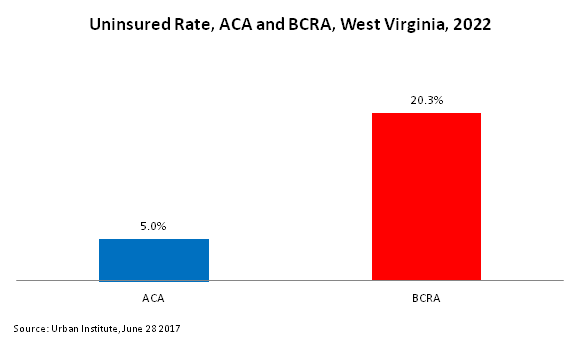 The cost to give 11,100 of the wealthiest West Virginians millions in tax cuts is 218,000 uninsured West Virginians. The “savings” from the cuts to Medicaid are poured directly into tax cuts which overwhelmingly benefit the wealthy. Overall, for every West Virginian who would benefit from the tax cuts in the Senate health care bill, 24 would lose their Medicaid coverage. The core of the BCRA is taking away health care from millions of people in order to pay for a tax cut for the rich. 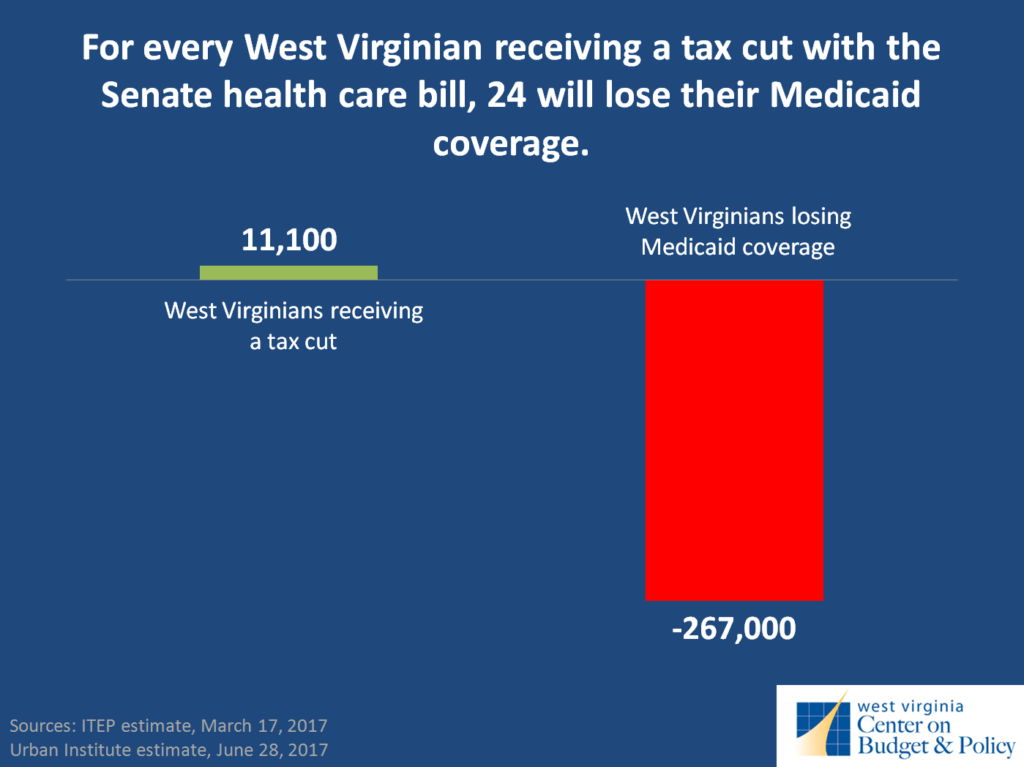 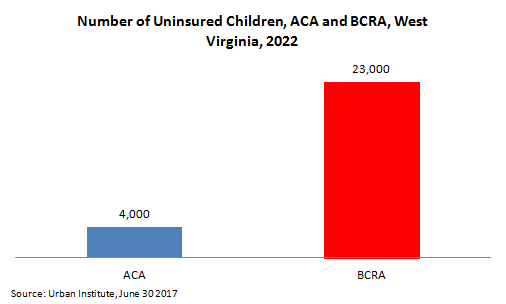