Governor Justice made headlines last week, citing the latest employment figures showing that West Virginia led the nation in construction job growth in 2017. While the governor took the numbers as a sign that his job rocket ship is ready to launch, a closer look at the numbers shows that the recent growth has little to do with any policies in the state, and more to do with rebounding natural gas prices.

West Virginia did see a sharp increase in construction jobs in 2017. Total construction employment in the state increased from 29,900 jobs in December 2016 to 34,400 jobs as of February 2018, with most of the growth happening in the later half of 2017. 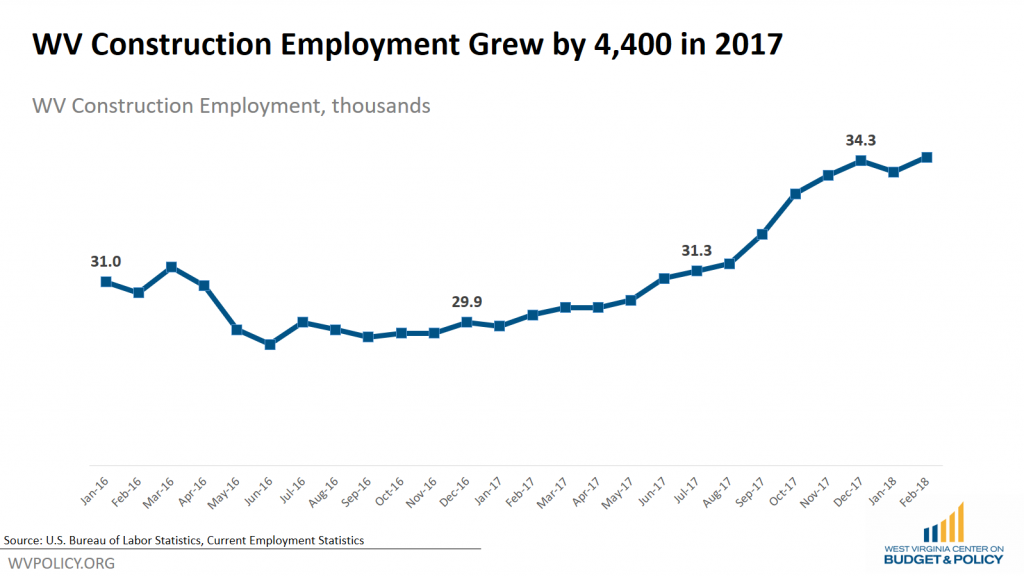 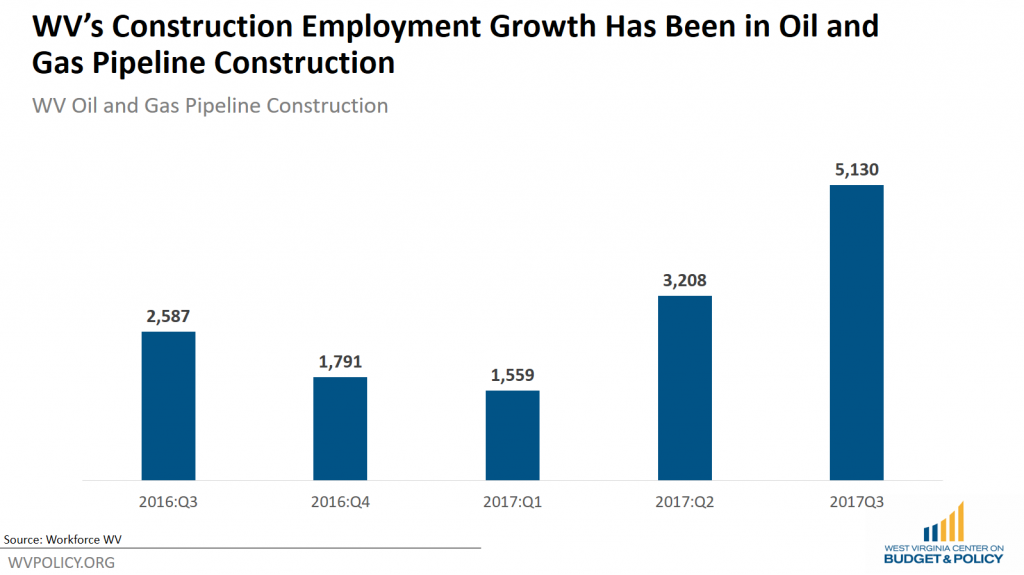 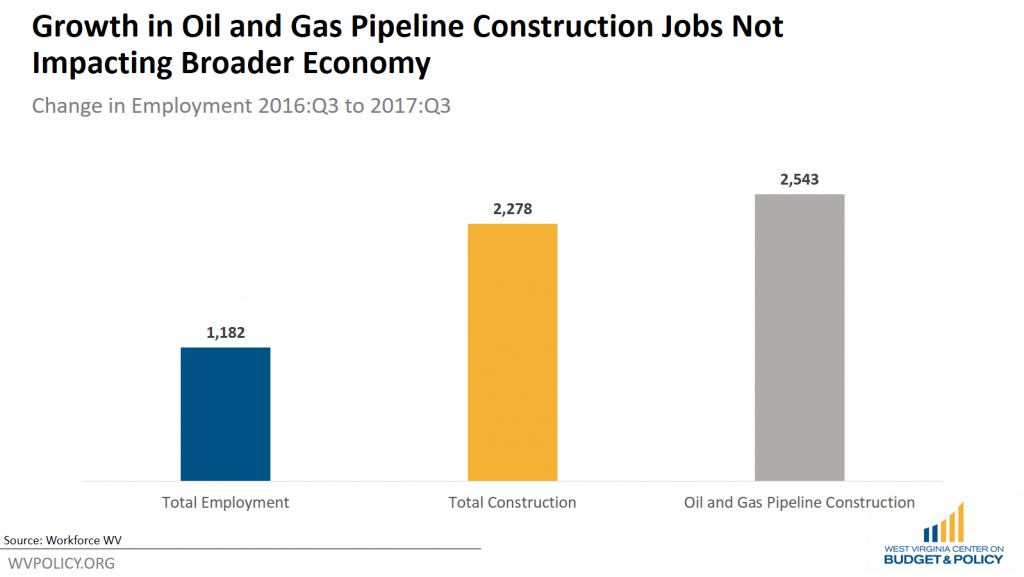 And despite leading the nation in construction jobs growth in 2017, West Virginia’s overall job growth was lackluster. West Virginia has added 7,300 jobs in the past 12 months, an amount that is not statistically significant. The state’s 1.0 percent job growth rate the past 12 months lags the national average by 0.6 percentage points, and ranks 30th overall. This all suggests that despite the good news of new construction jobs, relying on a volatile extraction industry is not a recipe for broadly shared growth.