The Senate Finance Committee has amended the GOP tax bill, making significant changes to the bill, including the repeal of the individual mandate from the Affordable Care Act.

The legislation is described as tax reform but would cut hundreds of billions of dollars in health care spending. The provision recently added to the legislation to repeal the Affordable Care Act’s individual mandate would result in 13 million fewer people obtaining health insurance and a 10 percent increase in premiums for people in the non-group health insurance market, according to the Congressional Budget Office.

According to the Institute on Taxation and Economic Policy, West Virginia would be one of nineteen states facing an aggregate increase in federal taxes by 2027, in large part due to the loss of health insurance premium tax credits because of the repeal of the health insurance mandate under the bill. Overall West Virginians would be paying $6.9 million more in federal taxes in 2027 under the bill compared to current law.

The tax bill as amended by the Senate Finance Committee would raise taxes on 25 percent of West Virginians, with lower and middle income taxpayers in West Virginia more likely to face a tax increase. Among the bottom three-fifths of income-earners, 26 percent would pay higher taxes in 2027. 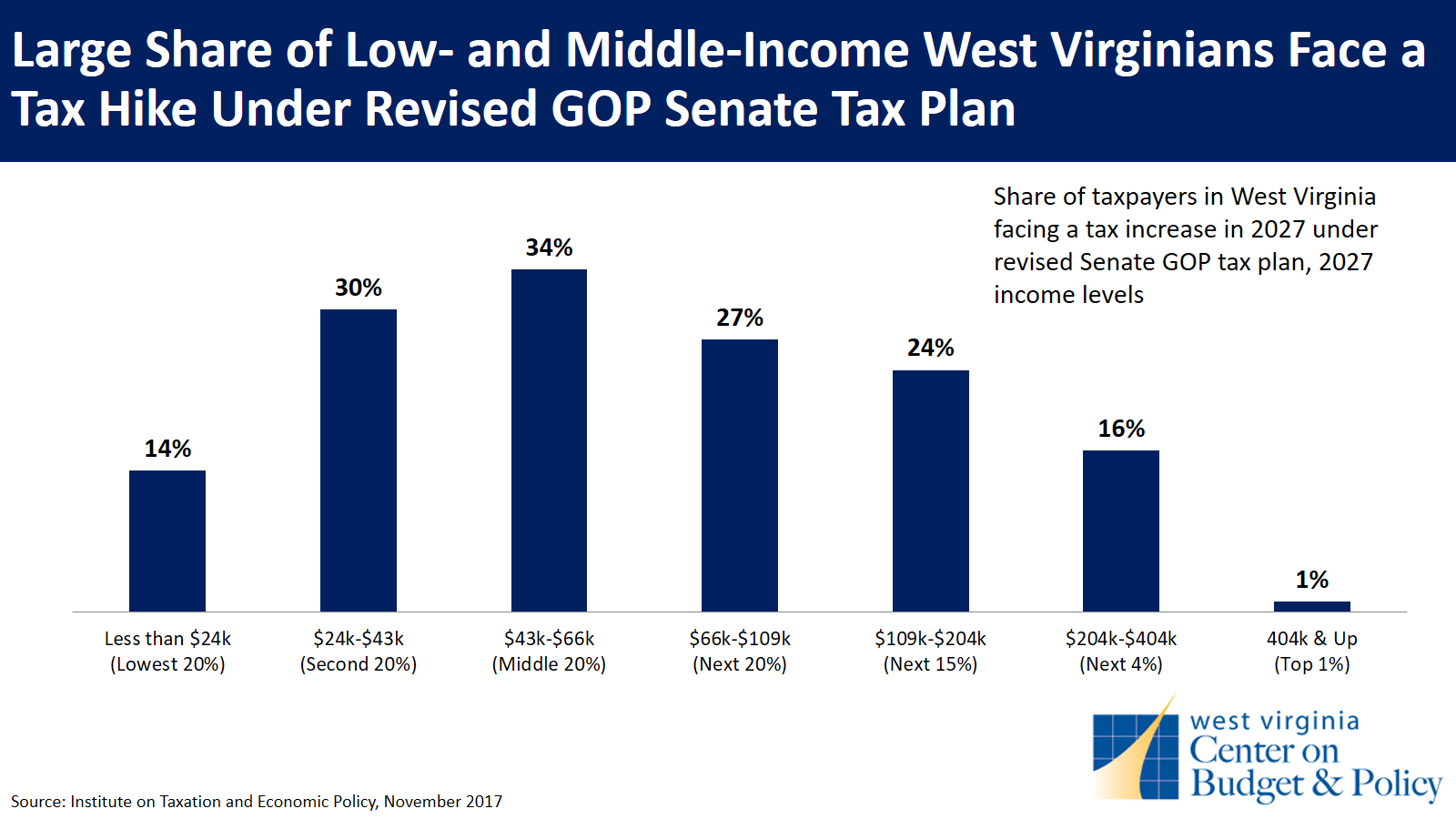 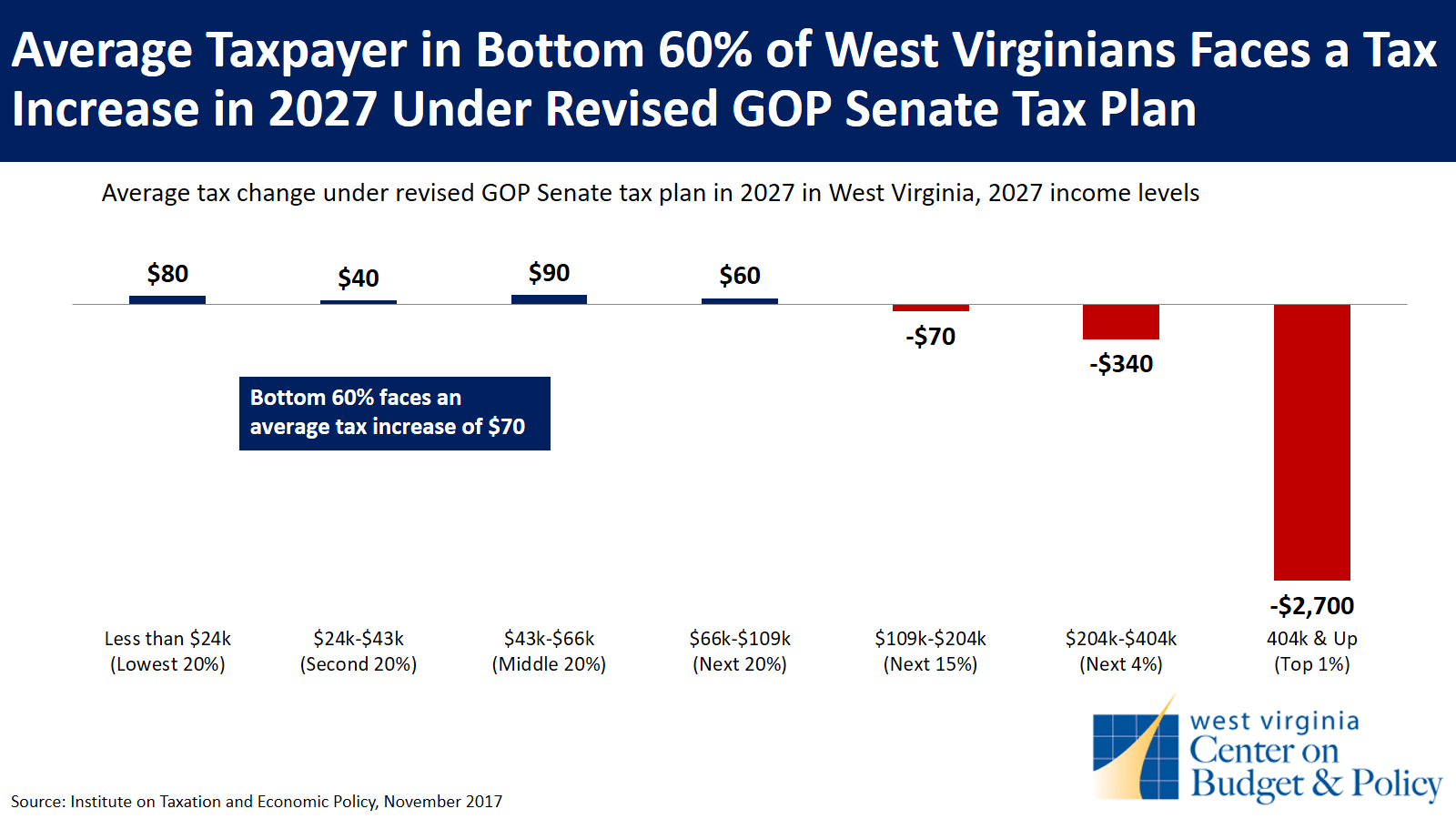 More so than any of the previous versions of the bill, the latest tax plan is a clear tax shift, raising taxes on low and middle income families, in order to pay for tax cuts for the rich. 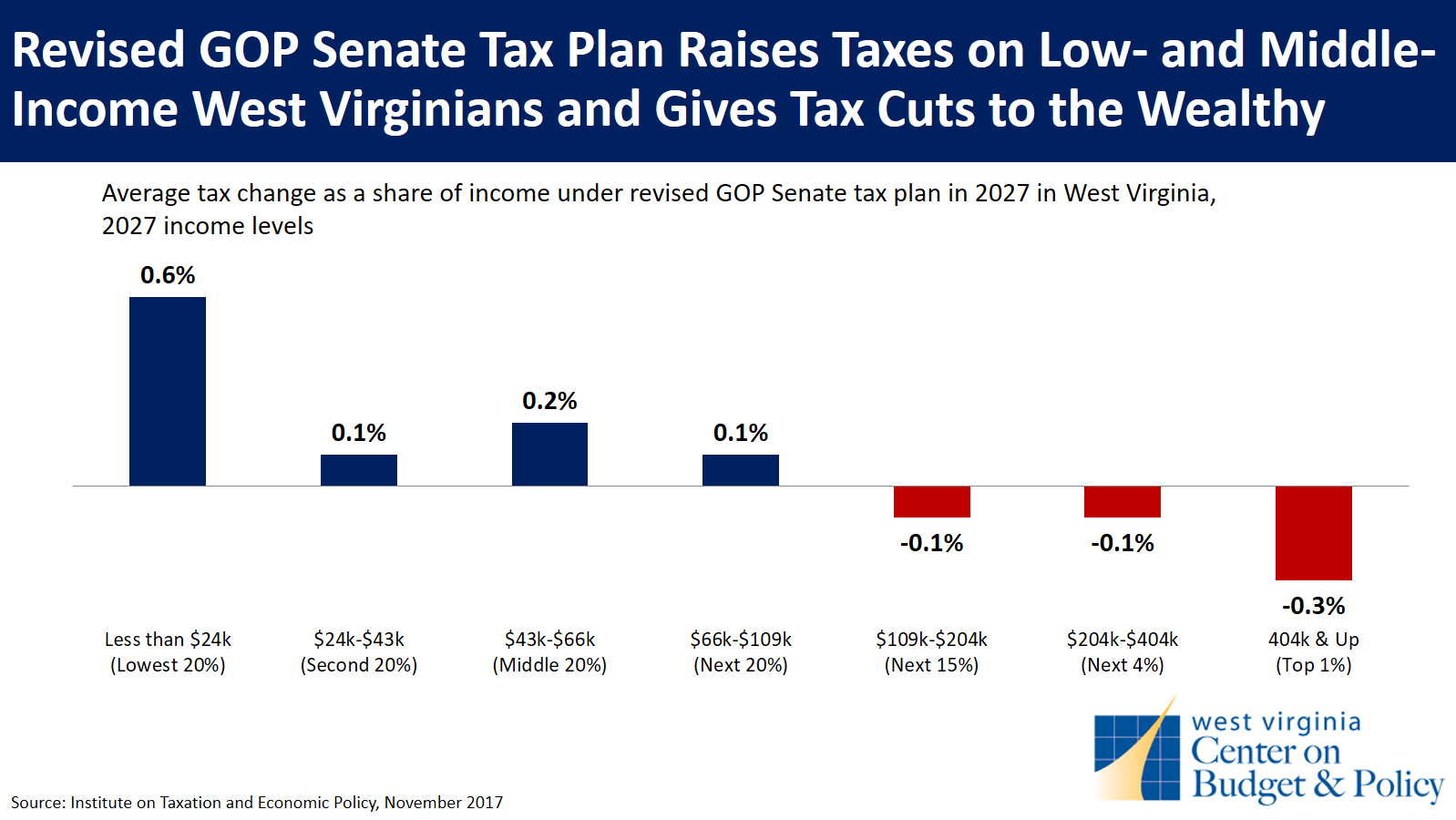