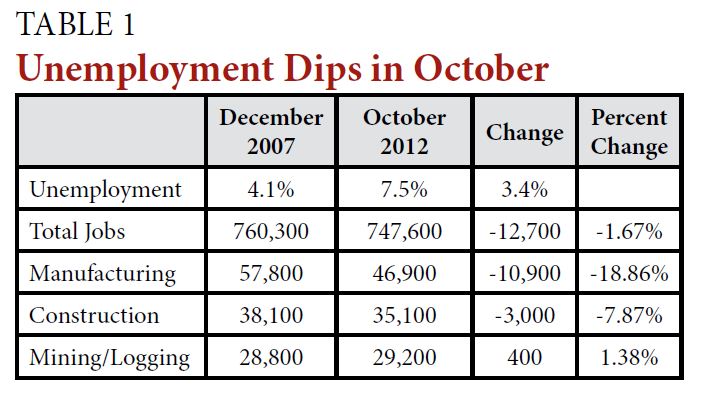 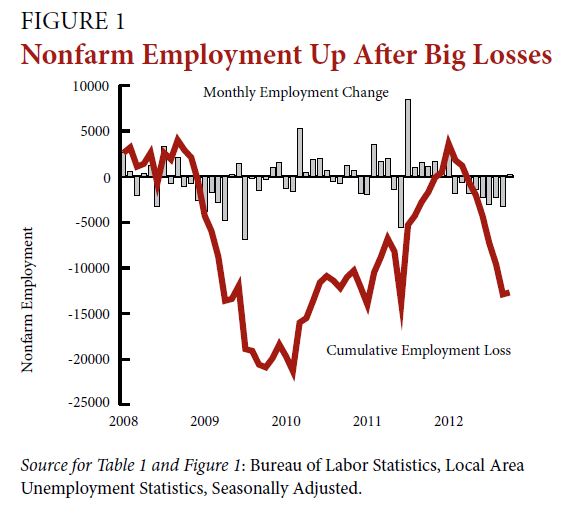 Stability in Most Employment Sectors

Most employment sectors saw only small gains or losses in October, stopping the recent trend of large losses across the economy. The mining and logging sector had the best month, adding 700 jobs, an increase of 2.5 percent. The leisure and hospitality sector also performed well, adding 1,400 jobs, an increase of 1.9 percent.

Smalls gains were also achieved in the financial activities, education and health services, and trade, transportation, and utilities sectors, which added 100, 300, and 200 jobs respectively, all increases below 0.4 percent. The other services sector neither gained nor lost jobs in October.

The gains made in other sectors were largely offset by losses in the government and construction sectors. Public employment fell by 1,300 jobs or 0.9 percent in October, while construction jobs fell by 700, a decrease of two percent. 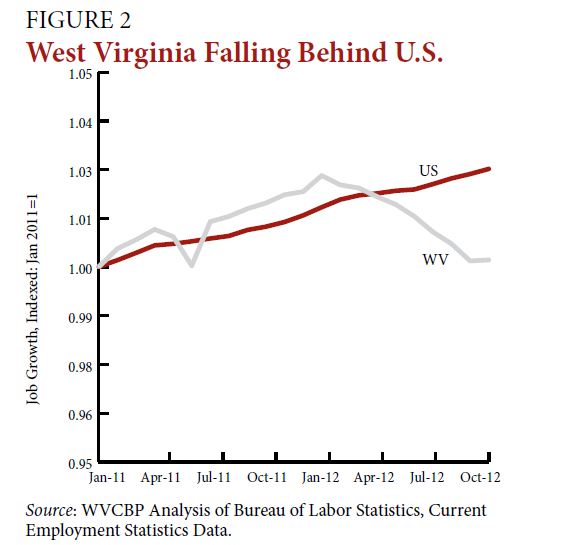 A combination of expiring tax cuts and automatic spending cuts are set to take effect at the beginning of 2013. While these policy changes, collectively known as the “fiscal cliff,” would sharply reduce the federal deficit, they would also have major negative impact on jobs and the economy.

The sharp austerity measures that make up the fiscal cliff have two main sources: the expirations of the Bush tax cuts and the payroll tax cut, and the automatic spending cuts included in last year’s debt ceiling deal. According to the Congressional Budget Office (CBO), these policies will cut the federal deficit by $503 billion in 2013, but they will also cause GDP to contract by 2.9 percent and cost the nation 3.4 million jobs. Figure 3 shows the GDP and employment effects of the major provisions of the fiscal cliff. 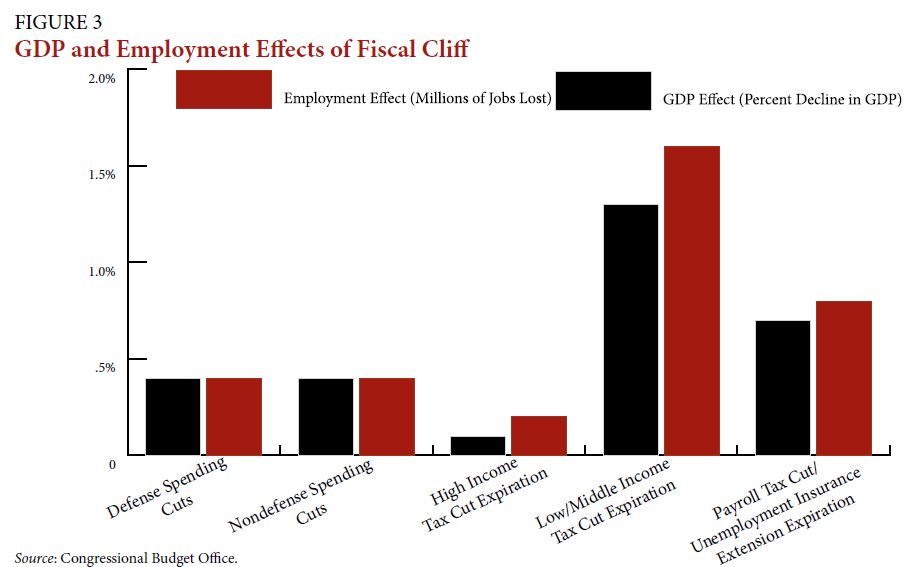 The fiscal cliff’s most harmful component is the expiration of tax cuts on low- and middle-income families. According to the CBO, allowing the Bush tax cuts for incomes below $250,000 ($200,000 for individuals) to expire would reduce GDP by 1.3 percent in 2013, and cost 1.6 million jobs.

The automatic cuts to both defense and nondefense spending would each cause GDP to decline by 0.4 percent. Together these spending cuts would also create employment losses totaling 800,000 jobs, or 400,000 jobs each.