West Virginia’s booming natural gas production has led to more than just drilling jobs and severance taxes, it has also increased the state’s property tax base. Since 2005, the total assessed value of property in the state has increased from $57.9 billion to $86.6 billion, an increase of 49.5%. And while the growth has been seen throughout the state, a handful of counties have seen even higher growth. 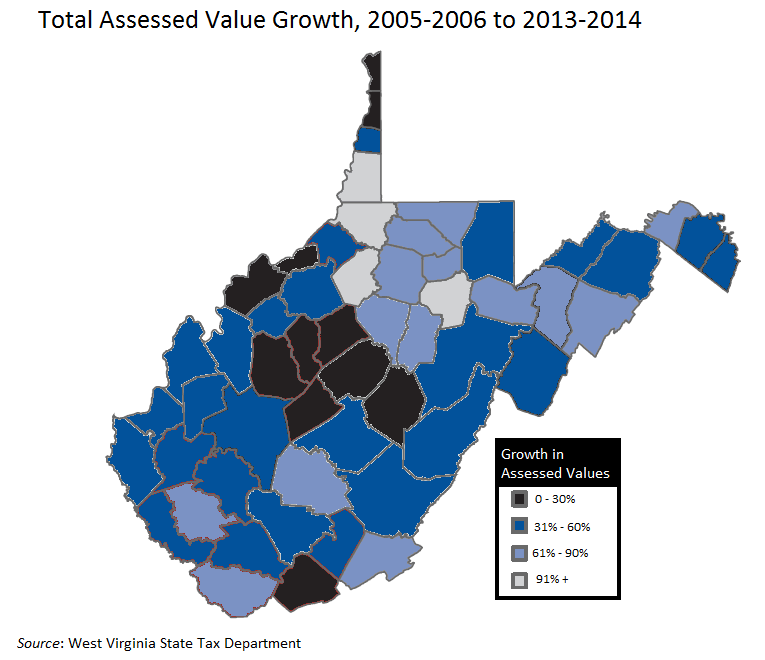 Wetzel, Doddridge, and Marshall County have all seen their total property assessments more than double since 2005. And what do those counties have in common? They have all seen a substantial increase in natural gas production over that same time period. 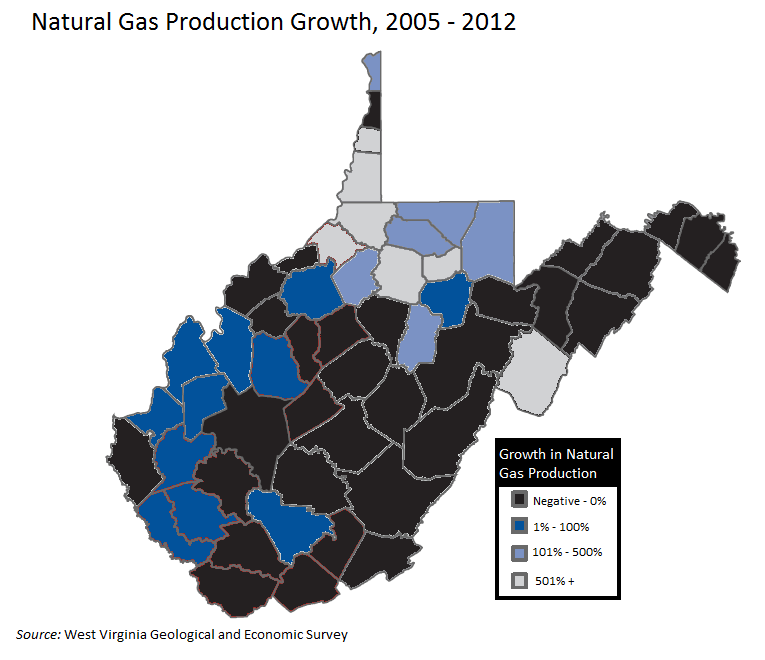 Class II, residential property, grew at only 11%, far below the overall growth rate of 151%. Class III and IV real property, which would include business real estate, grew faster at 88%, but still below the overall rate of 151%. Instead, Wetzel County’s property value growth was fueled by growth in Class III & IV personal property assessments. This class is primarily made up of business personal property, and would include drilling equipment, trucks, and all the other aspects of natural gas production.

According to these figures, nearly all of the growth in property assessments in West Virginia’s gas-producing counties can be attributed to natural gas production. And that growth has had a real effect on property tax revenue in these counties. In Wetzel County, revenue from the county’s regular levy increased from $2.2 million in 2005 to $6.3 million in 2013, even as the county reduced levy rates from 28.58 to 27.72 cents per $100 of assessed value for Class I and 57.16  to 55.44 cents for Class II.

With so much of the natural gas growth in revenue coming from the “business personal property” side of the ledger, it is increasingly important for the state to keep it’s property tax base broad and resist calls to exempt large chunks of the base from taxation. Not only will this allow the counties that are producing the gas to enjoy some of the benefit, but it will also keep property taxes low for the state’s residents.