Earlier this week, Ted blogged about coal prices, and suggested that coal prices are not strongly influenced by state policy, and instead are set regionally. This would mean that differences in state taxes on coal production do not play a large role in the price of coal. 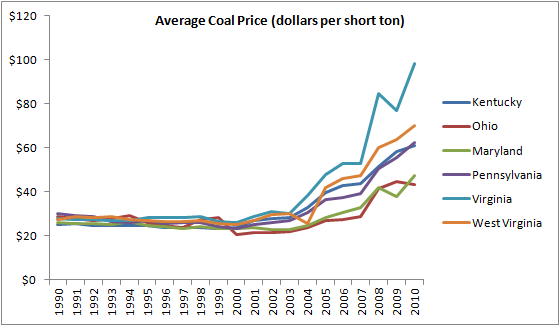