As I mentioned in my last post , the Census projects that by 2030 one in four West Virginians will be over age 65. As a result, it could cost state and local governments a lot revenue. This is because seniors, in general, are not part of the labor force. This means they pay less in taxes and demand more services.  Today, I want to talk about just one of those potential costs – the loss of property tax revenue due to the Homestead Exemption.

The Homestead Exemption provides an exemption of up to $20,000 of assessed property value based on age (65 and older) and disability.  If the Census’s estimates are correct,  then counties can expect a sizable reduction in property tax revenue because the number of home owners over 65 will have also increased. My calculation* says that the loss of property tax revenues will cost an additional $20.3 million dollars by 2030. 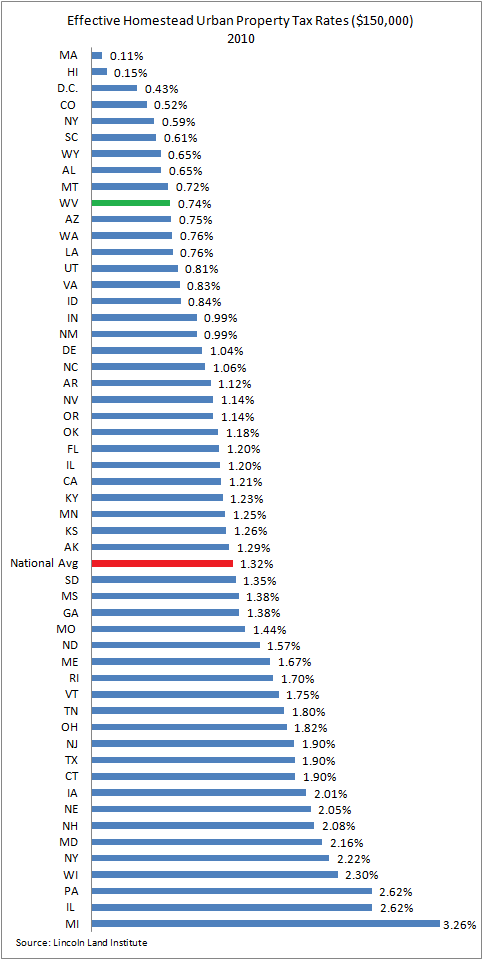 Two-thirds of the expected property tax revenue loss ($13.4 million) will affect state school board budgets while one-fourth of the loss ($5.2 million) will come from county budgets.  Municipalities’ budgets will be reduced by  nearly 8% ($1.6 million) and the state’s budget less than 4/10 of 1%.  The good news for counties is that most of it could be made up via the school aid formula. The bad news is that the state will have to find the additional dollars to send to the counties. This means raising taxes, reducing the exemption, or cutting the budget.