We’ve brought up creating some sort of trust fund with the state’s severance tax revenue time and time again, so it was good to read about state Republican legislators talking about a severance tax fund in the Gazette this morning. However, it was disappointing to see that their proposal was to use a severance tax fund to finance business tax cuts, rather than building a permanent source of sustainable wealth.

The proposal would take a portion of the revenue generated by the severance tax on natural gas and place it into a “tax reduction fund.” The tax reduction fund would be used to offset the loss in revenue for local governments and schools from the proposal’s major goal – the elimination of the business personal property tax, the idea being that increases in severance tax revenue from the development of the Marcellus Shale can be used to offset the tax cut.
There are two big problems with this proposal. First, growing severance tax revenue is already effectively offsetting other business tax cuts. The state is currently phasing down and out the corporate net income and business franchise tax, a process that began in 2007 and is scheduled to be completed in 2015. 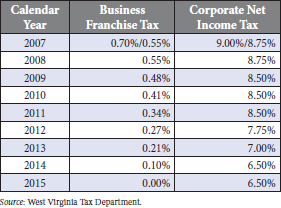 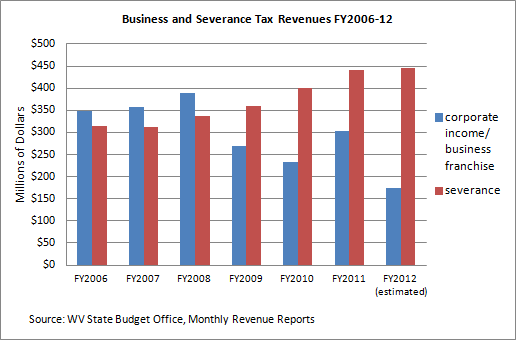 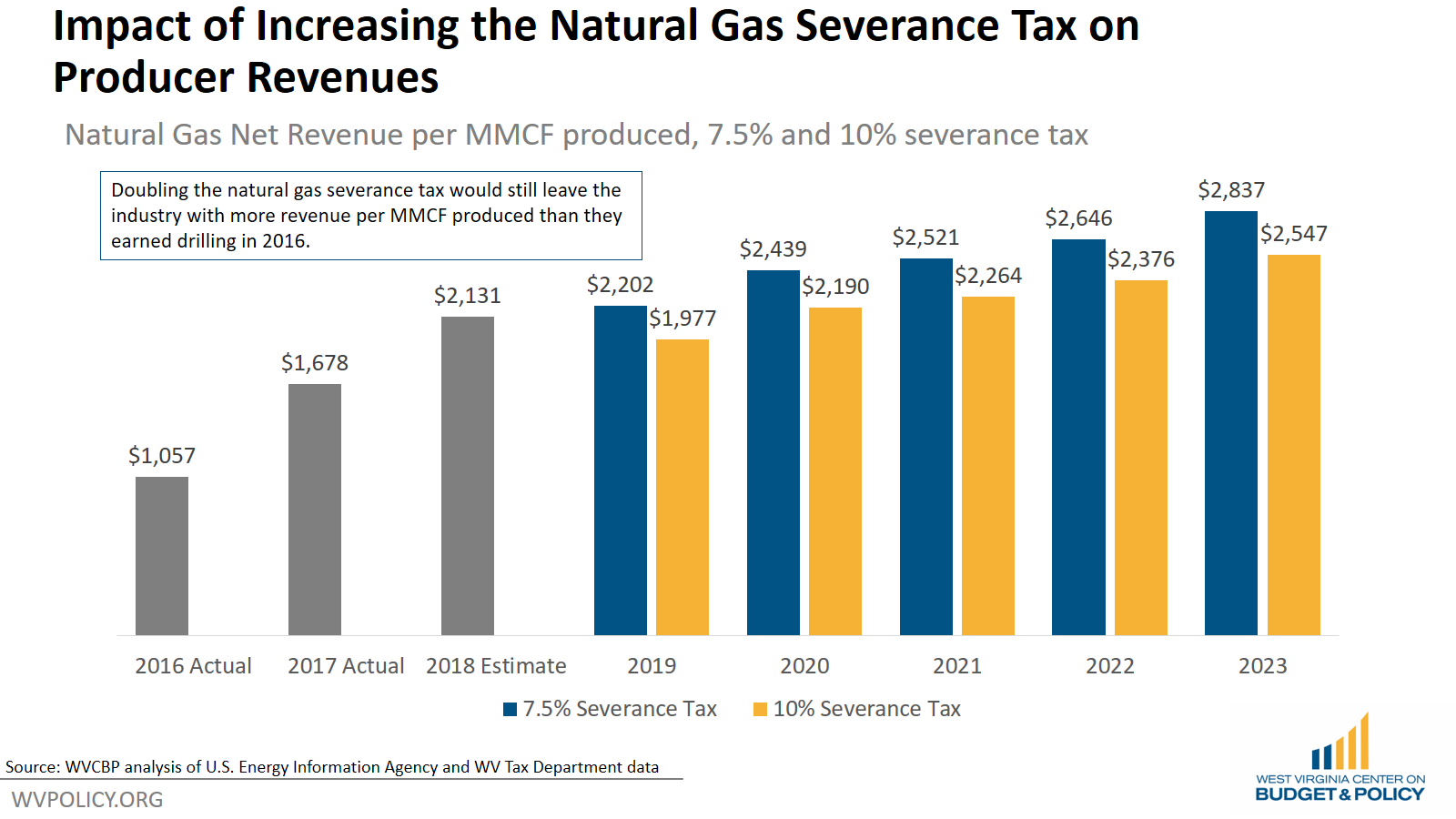 Because of the diverging paths of coal and natural gas revenue, even a partial offset of the elimination of the business personal property tax would be very damaging to the state’s budget, even when natural gas revenue is at its peak. Here are the numbers.
In 2010, we estimated that the elimination of the business personal property tax would cost local governments and school boards $187 million, after adjusting for the school aid formula. During the past decade, total property tax revenue has grown at a rate of 4.3% per year. Pushing that out to 2035, when severance tax revenue is at its highest in our projection, eliminating the business personal property tax would cost $536 million to fully offset.
In 2035, the severance tax is projected to bring in about $632 million ($319 million from gas, $300 million from coal, and $12.6 million from other minerals). Under current law, about $75 million would be distributed to local governments and $24 million would be put into the West Virginia Infrastructure fund, leaving $533 million for the state’s general revenue fund. This is less than what would be needed to fully offset the tax cut.
If we assume that only half of the lost revenue is replaced for local governments ($268 million), that would leave only $265 million of severance tax revenue in the state’s general revenue fund for FY 2035, far below the FY 2012 level of $440 million.
Growing severance tax revenue has allowed the state to offset recent business tax cuts without much budget pain, but has also made the state’s general revenue fund more reliant on the severance tax. Financing even more business tax cuts through expected gains in natural gas severance revenue not only ignores the current role the severance tax is playing in offsetting business tax cuts, but also ignores the coming decline in coal severance revenue, and would leave gaping holes in future budgets.