Location Matters, Except for Taxes

On the heels of their 2012 State Business Tax Climate Index is a new report from the Tax Foundation,  called Location Matters: A Comparative Analysis of State Tax Costs on Business. What’s the difference? While the State Business Tax Climate attempted to measure the “business friendliness” of each state’s tax system, the Location Matters report attempts to measure the actual tax liability in each state. The report calculates effective tax rates as a share of profits for specific industries, both for existing mature businesses and for new businesses. It also makes adjustments for certain tax incentives (which is good). The study also includes an index for overall business tax responsibilities for both new and mature businesses.

Earlier, I showed that a state’s Business Tax Climate didn’t matter much for job growth, so what about the new Location Matters index? I compared employment growth in each state from June 2009 (the official end of the recession and start of the new business cycle) to December 2011 to each of the report’s industry tax burdens that had a closely related NAICS code employment sector. Let’s start with total employment growth and the overall index. (Sources for all charts are BLS and Tax Foundation) 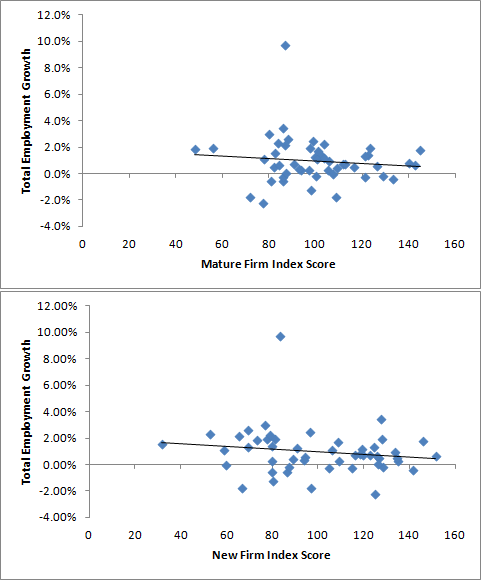 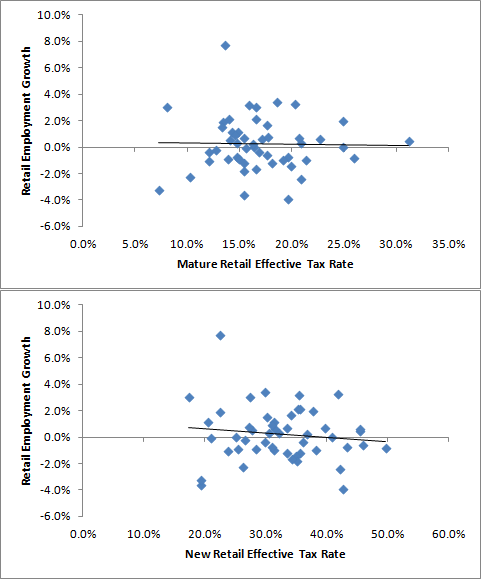 Next is data for a Distribution Center 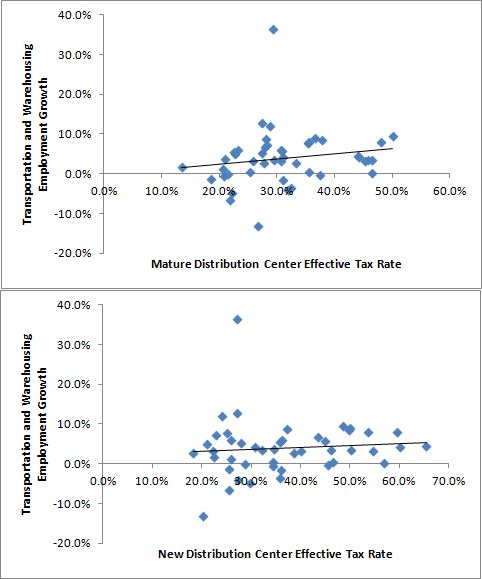 Again, the effective tax rates for both mature and new distribution centers had a very weak correlation with transportation and warehousing employment growth, with correlation coefficients of 0.16 and 0.09 respectively. 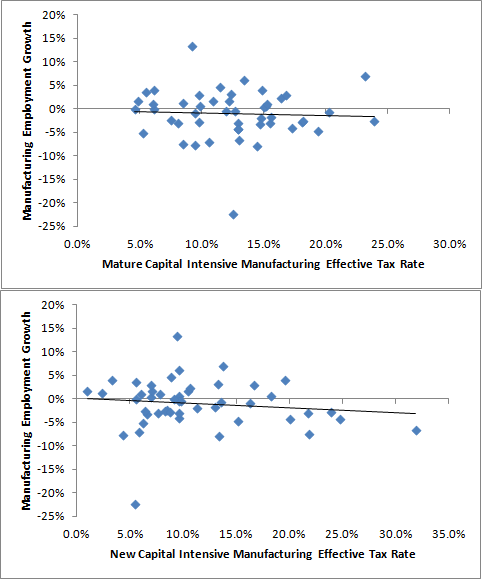 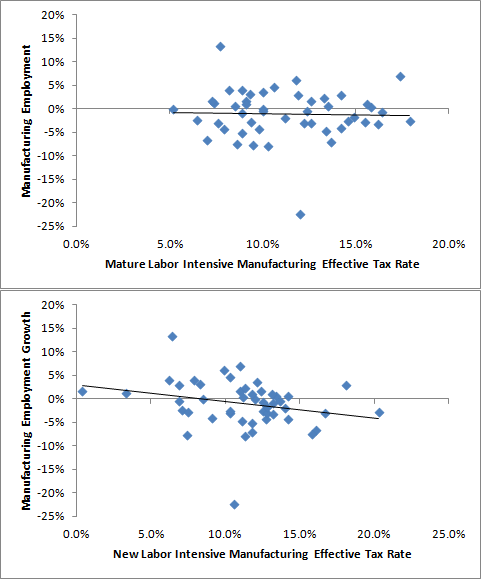