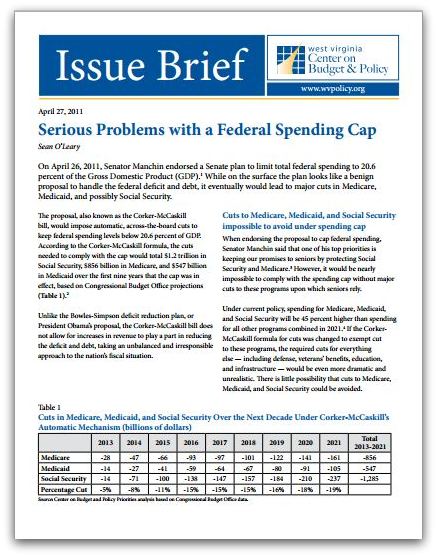 On April 26, 2011 Senator Manchin endorsed a plan to limit total federal spending to 20.6 percent of the Gross Domestic Product (GDP). While on the surface the plan looks like a benign proposal to handle the federal deficit and debt, it would eventually lead to major cuts in Medicare, Medicaid, and possibly Social Security. The West Virginia Center on Budget and Policy has prepared a report that shows just how much would need to be cut in Medicare, Medicaid and Social Security benefits, greatly impacting the state’s aging population, under the proposal supported by Senator Manchin. Read