A new report from the Economic Analysis and Research Network takes a deep look at income inequality, by focusing on how the top 1 percent in each state have fared over 1917–2011. The report finds that not only is income inequality on the rise nationally, but each of the 50 states has experienced growing income inequality over the past few decades. Some of the overall findings include:

Data on all income groups in each state can be downloaded here, and the report also included an interactive feature for each state. 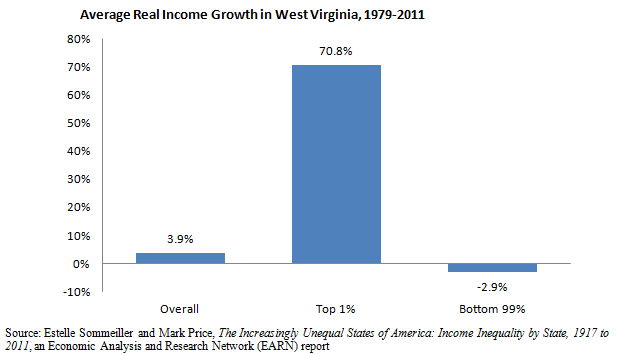 Because of that lopsided income growth, the share of income held by the top 1% in West Virginia has steadily grown since 1979, and is reaching historically high levels. 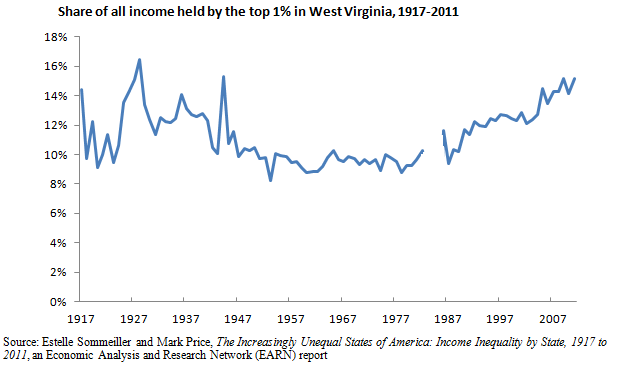 As the report shows, the economy isn’t growing for the vast majority of the country. The prosperity that has been produced over the past decades hasn’t been shared with all of those who have helped create it. And without policies to help create a more shared prosperity, there is no sign that trend will stop.