95,000 low-income West Virginians are at risk of losing Medicaid coverage. Contact your delegates in the West Virginia House and ask them to oppose HB 3136, a bill that originated in the House Finance Committee this week, quickly making it to the House floor for first reading today. This risky and untested proposal to take coverage away from people who do not meet new work requirements. This bill was rushed without thorough vetting and is searching for a problem that doesn’t exist. Most Medicaid recipients who can work are working- 68% of non-disabled adults on Medicaid in West Virginia are in working families.

Tell your legislators: Save Medicaid health coverage for 95,000 West Virginians. 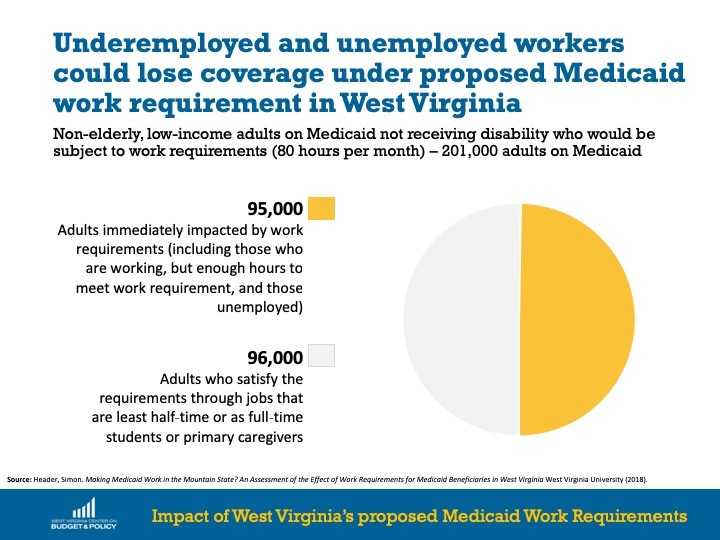 Other Bills to Watch

As you may have heard, the Senate’s omnibus education reform bill (SB451) was killed this week in the West Virginia House of Delegates. Last week, delegates had worked to take out or lessen the impact of several of the bill’s more harmful elements, sending an amended version back to the Senate. Largely ignoring the House’s changes, the Senate sent the bill back to the House where it was tabled indefinitely with a 53-45 vote, with several Republican delegates joining their Democratic colleagues. This is a huge win for West Virginia’s public schools, the state’s teachers and school service personnel, and the democratic process.

On top of moving a bill to mandate work requirements for Medicaid recipients on Wednesday, the House Finance Committee passed out HB 3137 that would reduce the personal income tax by $200 million each time a designated fund reached $200 million. More on this soon!

This morning, the House Finance Committee passed a bill to reduce the coal severance tax by an estimated $60 million. The bill originated in that committee today which means we don’t have a bill number or any way to preview it. We will keep you posted.

A public hearing on Tuesday gave people a chance to speak out on the issue of Article V constitutional convention. Read Ted’s testimony calling for the legislature to reject any calls for a Convention of the States which could dangerously open up the entire U.S. Constitution to amendments.

House Bill 2459, legislation to lift the lifetime ban on SNAP benefits for persons convicted of drug felonies was sent to the governor for his signature!

SCR 41 is under consideration by the Senate. It would create a study resolution on the implementation, costs, and benefits of creating a paid family and medical leave insurance program in West Virginia.

House Bill 2340 proposes an additional state-level refundable EITC worth 15% of the federal EITC amount for West Virginia’s workers. This is a modest investment that can make a big difference in people’s lives-offering low-income tax payers a hand-up rather than a handout through encouraging and supporting work. Newly released data show the impact a state EITC would have for working, low-income West Virginia families. Read more in Jessie’s blog post. To easily find out how a WV EITC would boost your community’s economy, check out our updated data. 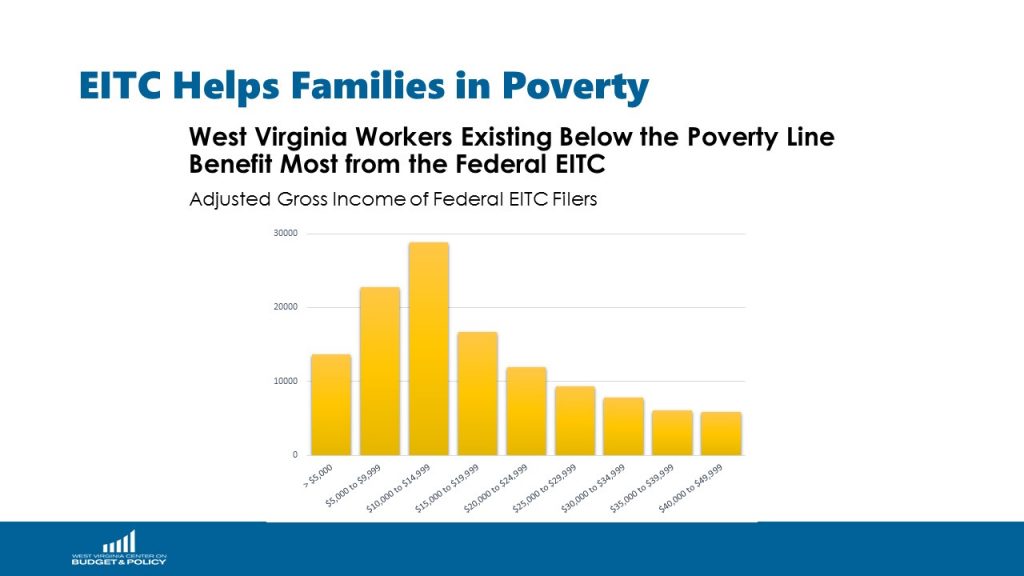 West Virginia’s communities need to have the ability to protect their LGBTQ populations. This will require autonomy from state government and the power to pass non-discrimination ordinances without fear that they can be overruled by state legislators. For more, read this op-ed by WVCBP advisory board member and former Clarksburg Mayor Jim Hunt.

Please take a moment to comment on the USDA proposed rule that would take food assistance away from over 755,000 people (including folks in 28 counties across West Virginia).

Here is an easy link where you can submit comments. The deadline to comment is April 2, 2019.

WVCBP Executive Director will discuss the state’s economy at the Wood County League of Women Voters meeting on February 25 at 6 p.m. The meeting will take place in the Executive Conference Room on the second floor of the Parkersburg Municipal Building. Ted’s topic will be “Is the West Virginia economic comeback real?”

The meeting is free and open to the public.