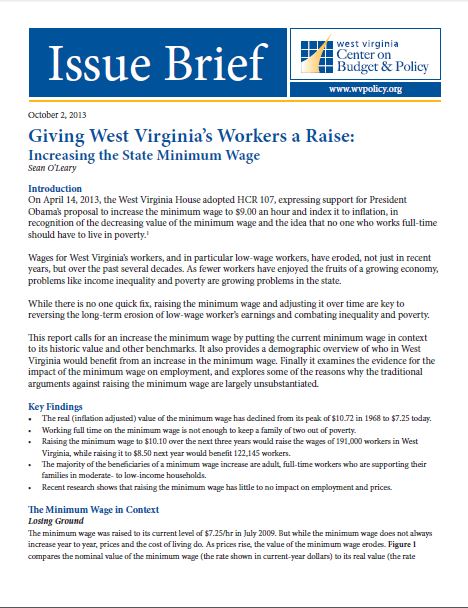 On April 14, 2013, the West Virginia House adopted HCR 107, expressing support for President Obama’s proposal to increase the minimum wage to $9.00 an hour and index it to inflation, in recognition of the decreasing value of the minimum wage and the idea that no one who works full-time should have to live in poverty. Read PDF of report.

Wages for West Virginia’s workers, and in particular low-wage workers, have eroded, not just in recent years, but over the past several decades. As fewer workers have enjoyed the fruits of a growing economy, problems like income inequality and poverty are growing problems in the state.

While there is no one quick fix, raising the minimum wage and adjusting it over time are key to reversing the long-term erosion of low-wage worker’s earnings and combating inequality and poverty.