Fact #1: Prevailing wage has not been shown to increase construction costs in West Virginia 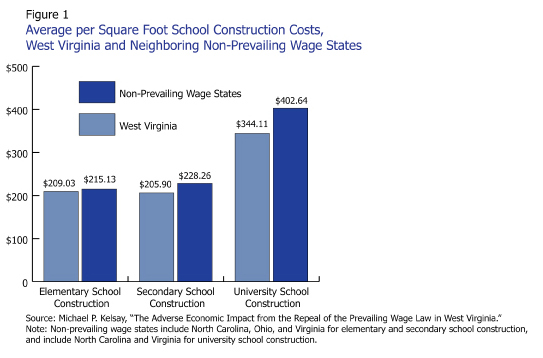 While a local survey can accurately reflect construction workers’ actual hourly rates by determining what they are paid while they are working, federal statistics often don’t adjust for the industry’s irregular nature. Instead, they assume construction workers work year round, making the estimated hourly wage rates inaccurate.

Prevailing wage laws strengthen the economy, by helping ensure public construction projects are done by local workers at a fair wage. This helps grow the economy, as local workers spend their wages in their community, as well as helping grow the local tax base. Local labor and construction firms also benefit by making it easier for them to bid on public construction projects, knowing that they are competing on the quality and skill of their workers, not just who is the cheapest. Studies have also shown that prevailing wage laws increase the wages and benefits of all construction workers, not just those working on a prevailing wage project.

Fact #5: Public procurement does not operate in “free market”