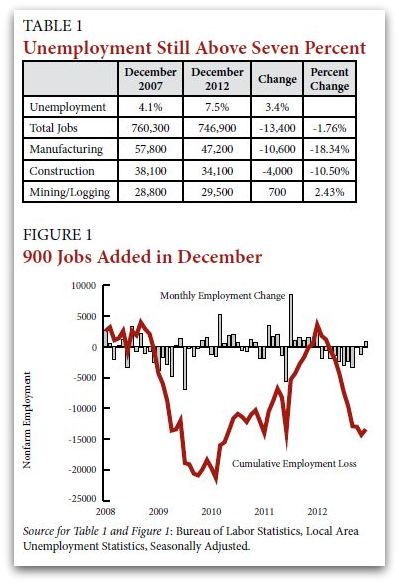 Quiet Across Most Employment Sectors

The government and education and health services sectors each added 400 jobs, an increase of 0.3 percent for both. The other services sector added 100 jobs, for a 0.2 percent increase.

The biggest loss occurred in the trade, transportation, and utilities sector, which lost 800 jobs, a decline of 0.6 percent. Losses of 200 and 100 jobs occurred in the professional and business services sector and the mining and logging sectors respectively, a decline of 0.3 percent for both. The leisure and hospitality and financial activities sectors were unchanged.

December marked five years since the official start of the Great Recession. Since then, West Virginia has lost a total of 13,400 jobs. But as Figure 2 shows, the recession hit some employment sectors much harder than others.

On the other hand, the education and health services sector added 12,300 jobs, a reflection of the growing size of the health care industry both in West Virginia’s and the national economy. 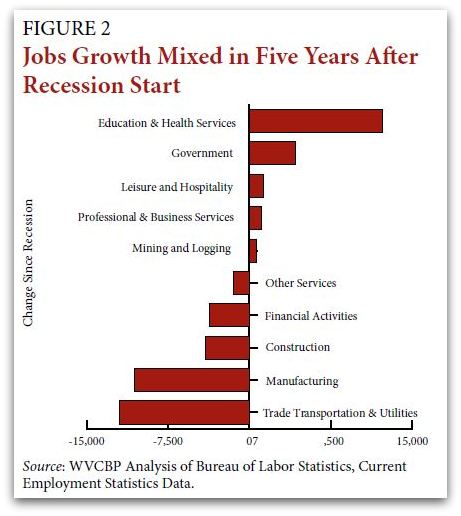 Figure 3 shows the strong correlation between education and wages in 2011. Each point on the chart refers to a state, and the trend line shows how strongly educational attainment levels in the workforce are related to median wages across states. 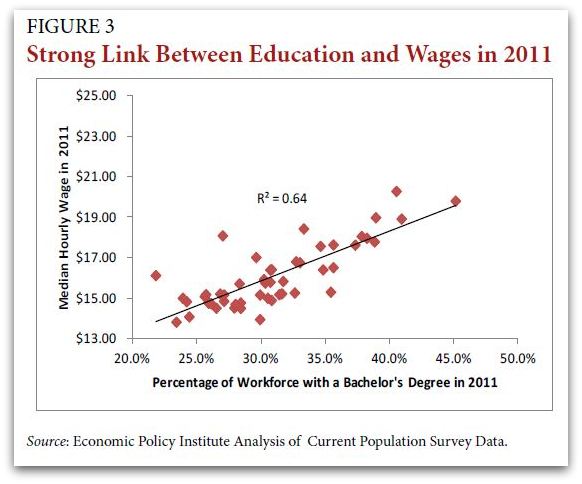 Changes to the economy have made this link much stronger than it was in the past. The correlation between education and wages in 1980, as shown in Figure 4, is much weaker than the relationship in 2011. West Virginia, which, in 1980, ranked 50th for share of the workforce with a college degree, ranked 21st in median wage. 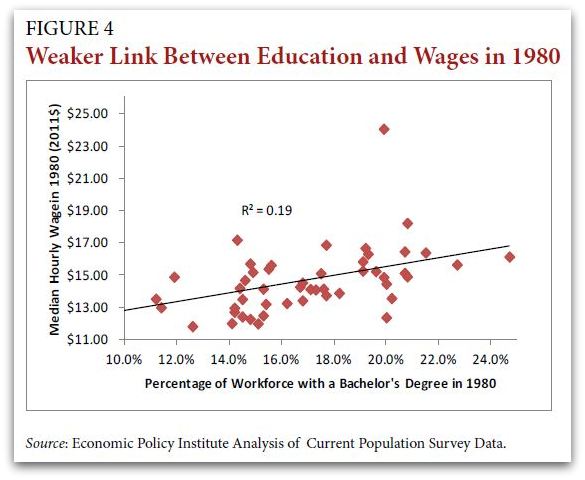 A changing labor market has made an education more valuable today than it has been in the recent past. Thirty years ago it was relatively easy to find a high-paying job in manufacturing, even if one only had a high school education. Today, those types of jobs have all but disappeared, and most high-paying jobs tend to require a college degree, making a highly educated workforce more important than ever.