Coal and Gas at Odds With Each Other

Last year, using projections from the Energy Information Agency’s Annual Energy Outlook report, we showed that coal production in Central Appalachia was heading for a steep decline, with or without new environmental regulations. This year’s report tells the same story. Under the EIA’s baseline model, Central Appalachian coal production is projected to decline from 186.4 million short tons in 2010 to 87.2 million short tons in 2040. Under the “no green house gas concern” model, which assumes that no greenhouse gas reduction policies are implemented and the market never anticipates any, there are hardly any changes from the baseline model, showing that the decline in Central Appalachian coal production isn’t driven solely by environmental regulations. 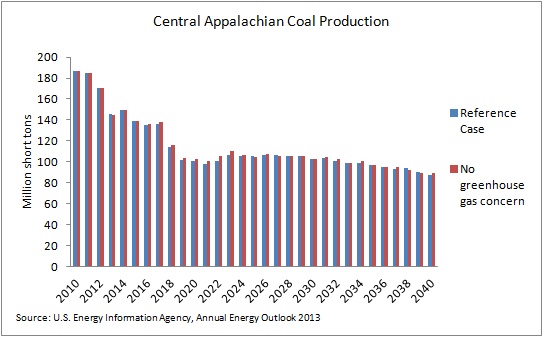 However, there are other scenarios modeled by the EIA that do have an effect on Central Appalachian Coal production. For instance, under the low coal cost scenarios, which assume higher productivity and lower labor costs, Central Appalachian annual average jumps from 115.0 to 118.8 million short tons per year, an increase of 3.2%. 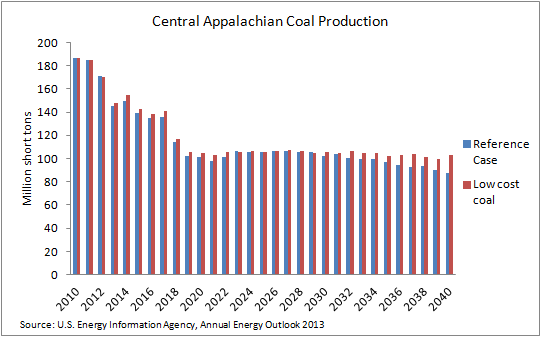 On the other hand, under the high coal cost scenario, with lower productivity and higher labor costs, Central Appalachia’s annual average production falls to 110.6 million short tons per year, a decline of 3.9 percent from the baseline production. 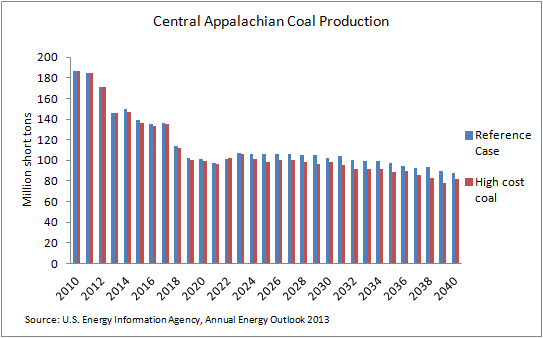 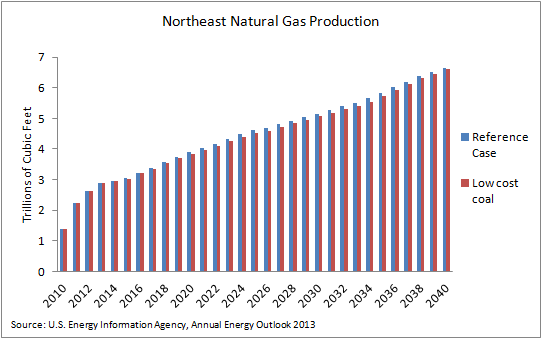 But if the cost of coal is higher than expected, then natural gas would reap the benefits. Under the high cost coal scenario, average annual northeast gas production jumps to 4.6 trillion cubic feet per year, an increase of three percent over the reference case. 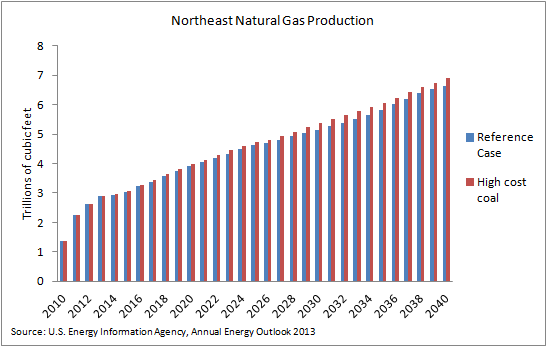 Right now, discussions around West Virginia’s economy are often dominated by these two industries. But the ugly truth is that they are often in opposition to each other, and efforts to help one can come at the expense of the other. Moving forward, maybe we would be all better off if instead of asking what’s best for a particular industry, we asked what’s best for the people of West Virginia first.