“At this critical point with just 15 days left before a government shutdown, it is imperative budget discussions move beyond initiating major changes to the state’s tax system and focus on passing a balanced budget that protects West Virginia families and our state’s future,” Boettner said. “The majority of the tax proposals offered during the regular session and special session have fallen short in regards to revenue after just one year, locking in future financial problems for West Virginia. PDF news release. 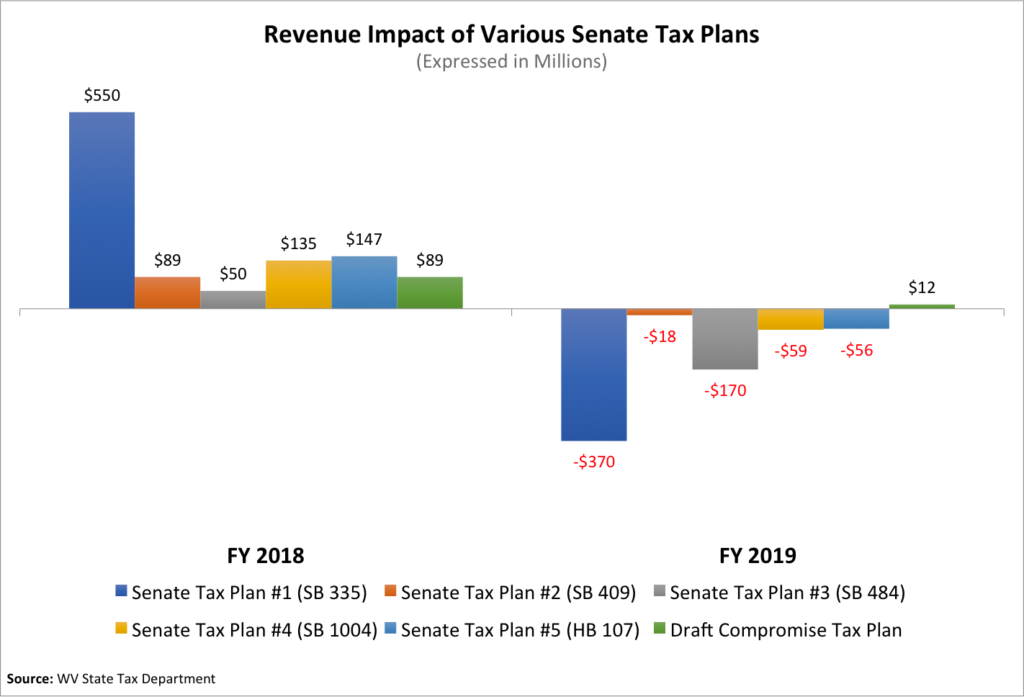 The recent actions by the Kansas Legislature to roll back the income tax cuts that led the state to three credit down grades and hundreds of millions in lost revenue should serve as a clear warning for West Virginia lawmakers. Low-and middle-income families should not have to pay for a tax break for the wealthy at a time when the state faces a severe budget crisis.

The controversy of including income tax cuts in the tax plan is making it much harder to balance and pass a budget for the upcoming year. Legislators should consider the Simple Plan or a variation of this plan that would balance the budget, share the load, not lock in future deficits and protect our families.” 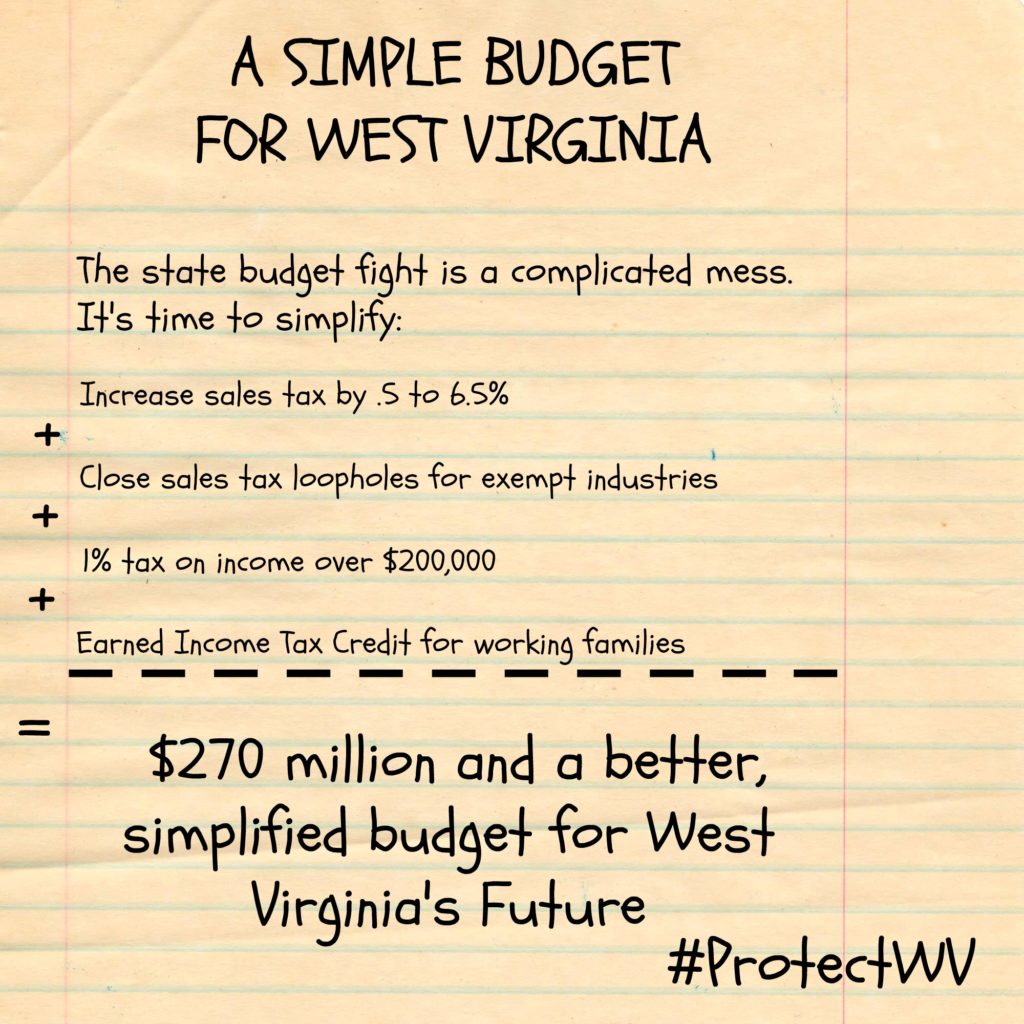