Back when we released our report on the FY 2013 budget, we warned that the budget cuts targeting higher education would likely lead to higher tuition, making a college education even less affordable. And it didn’t take long for our prediction to come true, as this week  New River Community and Technical College and Marshall University both announced plans to raise tuition in reaction to the cuts in the FY 2013 budget.

While the $34.8 million in higher education budget cuts have been cited as the reason for these recent tuition hikes, state support for higher education has been on a downward trend for several years now. As this post showed, state appropriations per full time student fell 29% between 2002 and 2011. 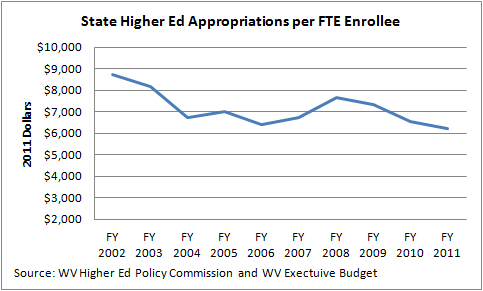 At the same time, tuition at institutions across the state have been on the rise. 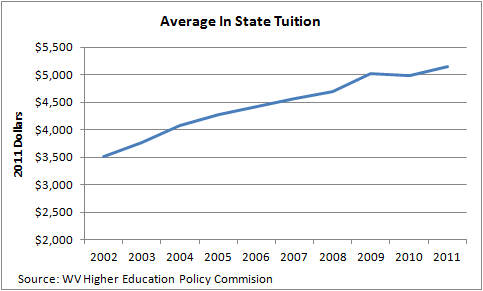 Not only is tuition growing as state support erodes, tuition is also growing faster than income for West Virginians. Average tuition costs as a percent of median household income in West Virginia has risen from 9.6% in 2002 to 12.3% in 2011. 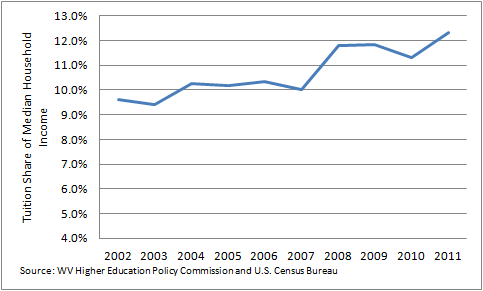 While some state officials would like to blame Medicaid on the current budget crunch, leading to the squeezing of higher education, a far bigger culprit is the continuing business tax cuts, which cost the state nearly $200 million in revenue each year. And the end result of these tax cuts is a hidden tax on students. As we’ve seen so far, the business tax cuts have been paid for by college students and their families.

Rising tuition brought on by budget cuts will likely contribute to West Virginia’s growing student loan problem. Nationwide, student loans are the fastest growing source of consumer debt, and now total nearly $1 trillion nationwide. And paying back student loans is becoming quite the challenge, particularly in West Virginia, which has the highest student loan delinquency rate in the country. 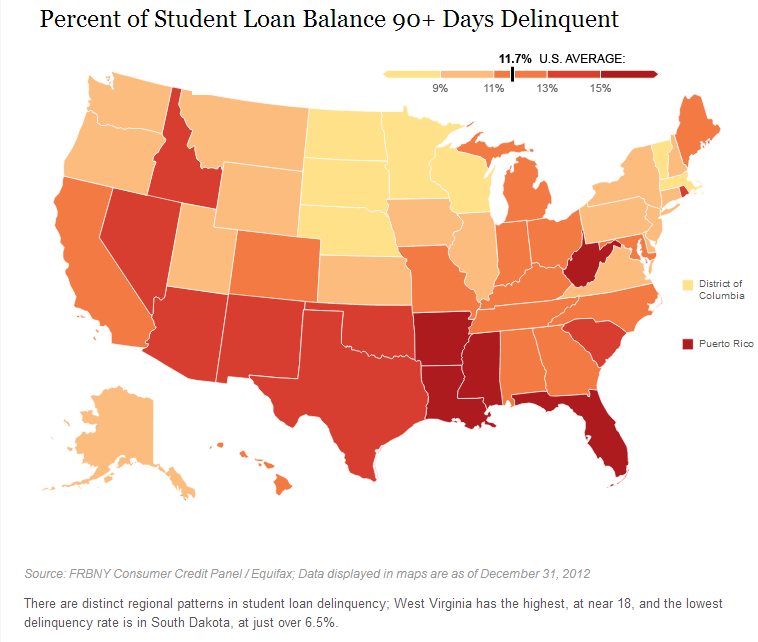