Marcellus Job Numbers Are Overestimated According to New Report

A new five-state collaborative was announced this week that will study the local impacts of gas drilling in the Marcellus and Utica formations. The group, of which the WVCBP is a member, released its first report and launched its website this week. Exaggerating the Employment Impacts of Shale Drilling: How and Why reports that the gas industry claimed inflated job growth in communities where drilling is occurring. For more, here’s Charleston Gazette coverage of the report. Look for more research from the Collaborative early next year.

This week Senator Joe Manchin voted against the appointment of Janet Yellen to be chairwomen of the Federal Reserve. Back in September the Institute for Women’s Policy Research – a strong ally of the WVCBP – sent a letter signed by 505 economists in 48 states (including West Virginia) in support of Yellen because of her desire to play an active role in creating jobs instead of just placating narrow banking interests. Fortunately, Yellen received enough votes in the Banking Committee and it appears she will be the next chair of the Federal Reserve. This is good news for working families in West Virginia.

Obamacare to Help Many in West Virginia, Especially Minority Populations

Thanks to Obamacare, many uninsured West Virginians will have access to affordable health care, especially racial and ethnic minorities. In fact, nearly all of West Virginia’s uninsured minority population is likely to qualify for assistance. Read much more in this report. 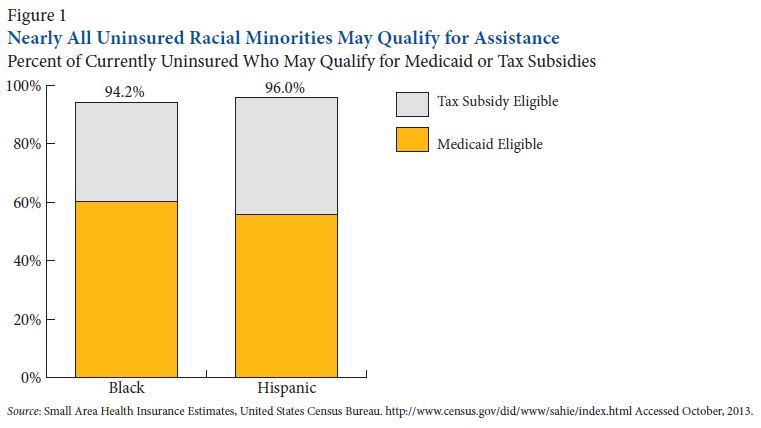 In reaction to our paper on fiscal notes, two more West Virginia newspapers, the Martinsburg Journal and the Huntington Herald-Dispatch, support the creation of an independent legislative fiscal office to provide an unbiased look at the state’s fiscal note process.