This week, Governor Tomblin announced that he would restore one-time funding to some of the family-support programs that were impacted by his veto in March. While he did restore $260,000, this falls far short of the $1 million in funding passed by the legislature.

The Our Children Our Future campaign will keep up the pressure on the governor at a rally on May 20 at the state Capitol. You can find out more information and register here.

Read more in the Huntington Herald-Dispatch.

Obamacare Doing Its Job in the Mountain State

While Obamacare still has its share of haters, it is making a difference in West Virginia by bringing down the number of uninsured. This increase in people having access to health care can be seen by the sharp reduction in self-pay patients at Charleston Area Medical Center (CAMC) facilities. Read the details in Brandon’s blog post. 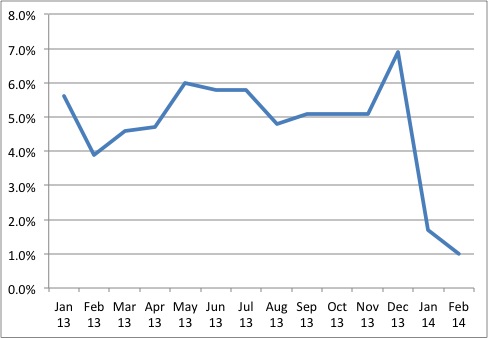 If you were impacted by the January 9 chemical spill into the Elk River, now is your chance to tell Governor Tomblin how you think the state reacted to the emergency. From now until May 26, the governor’s staff will be collecting responses to this survey.

How Popular is That Name Your Mama Gave You?

This weekend is a time to thank moms for all they have done, and one of the first things was to give us a name. Find out where your name ranks in terms of popularity, or a name you are considering for your own little one, like WVCBP’s Ted Boettner and his wife Rebecca are for their future bundle of joy, at this link.