This week Ted traveled to Columbus, Ohio to take part in a legislative briefing as part of the Multi-Shale Research Collaborative. His presentation, titled “Reverse the Curse”, explored how states like Ohio can create permanent natural resource trust funds to ensure long-term benefits of shale drilling. 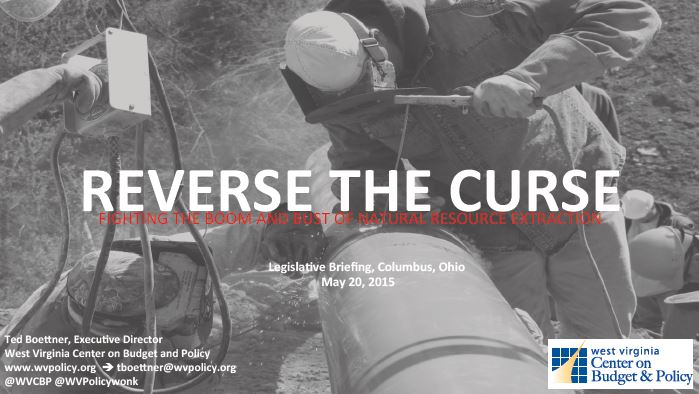 This week we welcomed Brooke Bailey as our summer research associate. Brooke is a graduate student at WVU where she is pursuing her Master’s in Public Administration. This summer she will work on updating the WVCBP’s Guide to the State’s Budget, first published in 2008, and assist staff with several other projects. Welcome! 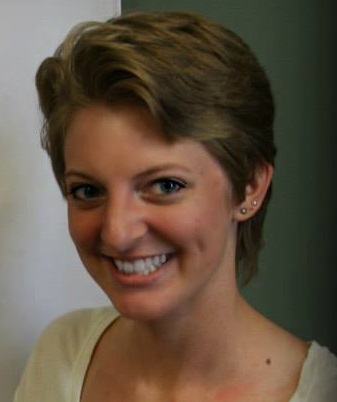 For a great connecting of the dots on how years of tax cuts are now impacting West Virginia’s college students, listen to Sean’s interview this week on West Virginia Public Broadcasting.

What will the legislature do to help lessen the impact of higher tuition, and the state’s reduced spending per student, especially on the state’s low-income families? For a recap on discussion in the week’s Tax Overhaul Committee meeting, check out Sean’s blog post.

One topic brought up by legislators seeking to overhaul the state’s tax system is eliminating the state’s personal income tax. Legislators have stated that West Virginia is losing population to no-income-tax states like Florida. A look at the numbers shows this just isn’t the case and should not be used as a reason to cut one of the state’s largest source of revenue. Read more in Ted’s blog post.

West Virginia Steals from the Poor and Gives to the Rich

West Virginia ranks among the highest in states with tax systems that undermine the federal tax code. The federal system is progressive since it taxes higher earners at a higher level, thus reducing income inequality. Unfortunately, West Virginia’s regressive state system undoes this leveling of the playing field by nearly 32%. 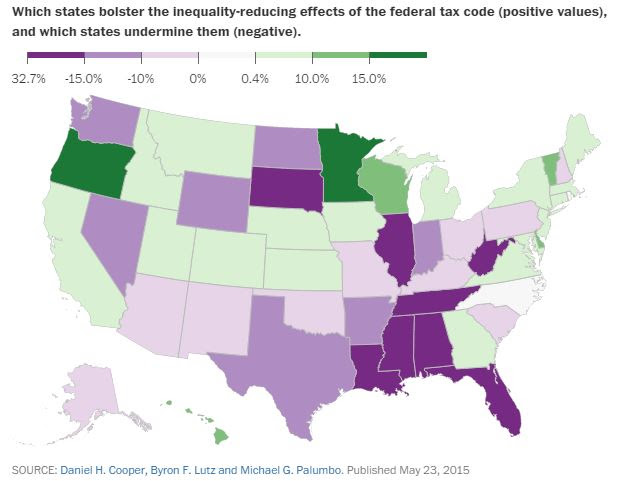 Got an idea on how to fight poverty in West Virginia? Ready to get it passed through the state legislature with the help of the Our Children, Our Future Campaign? If so, it’s time to: 1) organize a team to come together around an issue, 2) form a concrete policy proposal, and 3) present that proposal to lawmakers and stakeholders at our 2015 Our Children, Our Future Policy of the People Symposium. Learn more here.

Located in the heart of Charleston, Our Vote, Our Future is a 501(c)4 non-profit that is the grassroots outreach campaign for Our Children, Our Future, WV. OVOF is part of a broad campaign to end childhood poverty state-wide and fights alongside children and families to win huge, lasting victories. In less than three years, OCOF has increased the minimum wage in West Virginia and restored hundreds of thousands of dollars to childhood advocacy programs.

Our Vote, Our Future is seeking highly motivated individuals with: