Hits and Misses of 2015 Legislative Session

Midnight on Saturday marked the final moment of the 2015 Legislative Session. With new leadership in both the Senate and House of Delegates, there were a lot of initiatives introduced that we have been following with you over the past 60 days. Here’s a recap:

Good News
While the Senate passed Senate Concurrent Resolution (SCR) 13, to add West Virginia to the list of states calling for a constitutional convention to propose a balanced budget amendment to the U.S. Constitution, the House of Delegates did not bring the resolution up for a vote, killing it for this session.

A bill to weaken the collective bargaining power of unions, commonly known as Right to Work, was not taken up in either chamber.

Legislation to require drug testing of recipients of TANF benefits made it to second reading in the House but was then tabled, killing it for this session.

Bad News
A bill to create the Earned Sick Time Act had no traction and was not taken up by the Senate Labor Committee.

An increase to the cigarette tax of $1.00/pack was attached to a bill that would have legalized the sale of fireworks in West Virginia. The bill took a wild ride in the session’s final days but ultimately died. Adding to the bill’s controversy was its language to lift indoor smoking bans for casinos and other establishments. Raising the state’s tobacco tax is long overdue but attaching it to this confusing legislation made it hard for anti-smoking groups to support.

Legislators Make Changes to Budget, Send it Back to Governor

This week the Senate and House made their changes to Governor Tombin’s 2016 budget.

Of particular note is their reduction in the governor’s cuts to higher education. It will be interesting to see what Governor Tombin will do with his line-item veto power. Read more in Sean’s blog post about what legislators proposed and where the money will come from.

Even with these positive changes, funding for higher education in West Virginia would still be below its 2008, adjusting for inflation. Read more in this week’s Charleston Gazette. 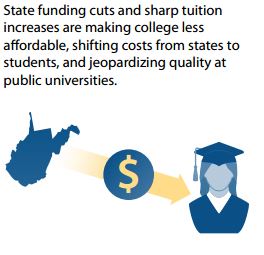 Ted’s presentation, “A Softer Landing – Fighting the Resource Curse”, described how creating a permanent mineral trust fund can help a state plan for a future after its energy reserves are depleted.

Selma Memory March in Charleston This Sunday at 3PM

This Sunday, March 22 at 3PM, there will be a march to mark the 50th anniversary of the Edmund Pettus bridge crossing in Selma. Marchers will gather at the Kanawha Blvd. River Sidewalk at Clendenin Street and cross to Magic Island Park where there will be music and speakers. 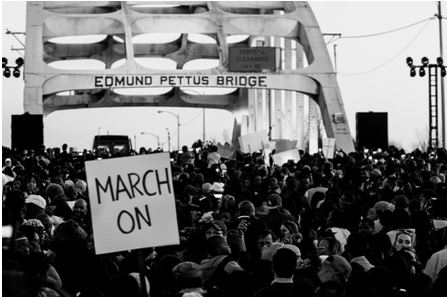