The last 24 hours of the 2014 Legislative Session were busy with several pieces of legislation passing at the last minute, like the bills to raise the minimum wage and create a West Virginia Future Fund.

In the end, the legislature passed the House bill to raise the minimum wage. This was the better bill as it raised the wage by $1.50 an hour over two years instead of three, as the Senate had proposed, to $8.75 an hour. The bill awaits Governor Tomblin’s signature.

After being heavily amended by the House in the session’s last hours, the West Virginia Future Fund did pass, with the Senate conceding to the House’s amendments. While the changes broaden the plan to include coal severance taxes, along with taxes from many other nonrenewable sources of energy, they also essentially put off any money going into the Future Fund for several years due to hard-to-achieve triggers. Read more in Ted’s blog post and in this Wheeling Intelligencer article.

Time ran out for some bills. After passing the full House and then the Senate Judiciary Committee, the Valued Employee Retention Program (Work Sharing) died in the Senate Finance Committee after being read twice on the Senate floor.

Dozens of health-care related bills were introduced this session, from raising the tobacco tax to encouraging more physical activity for kids while at school. Here’s a complete run-down by Health Policy Analyst Brandon Merritt.

All this week the Senate and House have met to work out differences between their budget bills and the one submitted by Governor Tomblin. Thanks to the Our Children Our Future Coalition, on Thursday the legislature restored cuts to many important programs like Family Resource Networks and Family Resource Centers, In-Home Family Education programs and Domestic Violence Prevention.

Regional Tax Rate Could Stop Race to the Bottom

This week the WVCBP joined Policy Matters Ohio and the Pennsylvania Budget and Policy Center to call on the governors from all three states to work toward a regional severance tax structure. The recommendation is that all three states have at least West Virginia’s five-percent rate, the idea being that coordination, instead of competition, will halt the race to the bottom created by tax incentives offered to the drilling industry. Read more in the Pittsburgh Business Times, the State Journal and the Beaver County Times.

March 31: Deadline for Individuals to Enroll in Obamacare

The deadline to sign up for health care under the Affordable Care Act is quickly approaching. In large part due to Medicaid expansion, thousands of West Virginians now have health care. Read more in the Charleston Gazette.

West Virginia’s neighbor to the west, Kentucky, is recognizing the need for economic diversification as its coal production declines. Read more about the challenges some West Virginia leaders face as they try to push the state to look at its addiction to fossil fuels. 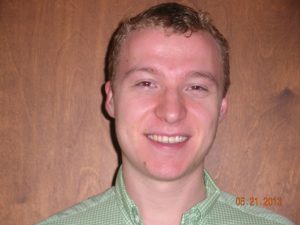