Kids and Families Day at the Capitol – February 4

Next Tuesday, February 4, hundreds of children and families will come together for Kids and Families Day in at the state Capitol, a part of the Our Children Our Future Campaign. Join us for a day of reminding legislators the importance issues that affect working families and children: raising the minimum wage, establishing a Future Fund, requiring fairness for pregnant workers, and providing physical activity for kids during the school day. Registration starts at 8:00AM with activities taking place throughout the day in the lower rotunda. 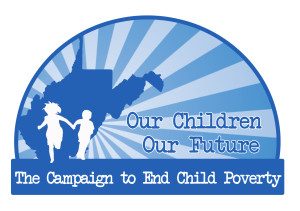 Legislation Introduced on Two Our Children Our Future Priorities

Today Senate President Jeff Kessler introduced a bill to establish a Future Fund. To see how this year’s bill differs from 2013, read this article in today’s Wheeling Intelligencer. Here’s an editorial endorsing Senator Kessler’s support of the Future Fund.

Legislation to raise the state’s minimum wage to $8.25/hour appears to be moving through the House of Delegates, clearing the House Industry and Labor Committee earlier this week. For more, check out the Charleston Daily Mail. As the WVCBP has researched, raising the minimum wage would help thousands of West Virginians as reported by the West Virginia Public News Service this week. 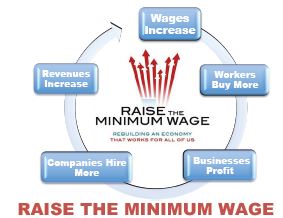 Increasing the pay of the lowest-paid workers is a step toward decreasing income inequality in the state. West Virginians are among the most productive workers in the country but their hard work benefit CEO and go toward company profits more than their own paychecks. Get the facts in Sean’s blog post this week.

There have been concerns about limited resources at the WV Department of Environmental Protection to conduct investigations and follow-up with citizen complaints, and that was before the January 9 chemical spill. Fiscal Year 2014-15 budget cuts will take the DEP to funding levels not seen since 2008. Read more in this Charleston Gazette article.

The AARP announced its legislative agenda last week which includes support of Voluntary Retirement Accounts (VRAs). You may recall the WVCBP’s report on how VRAs would provide private-sector employees who don’t have access to a retirement plan a low-cost way to safe for their retirement.