As the 2014 Legislative Session heads into its final two weeks, there is good news to report! Today the WV Senate unanimously passed the Future Fund bill (SB 461). The legislation, which now heads to the House of Delegates, would go into effect July 1, 2014 and sets aside 25% of severance tax revenue above $175 million into the Future Fund. No money from the fund would be spent before 2020, giving the fund time to grow. Here’s some early news coverage. 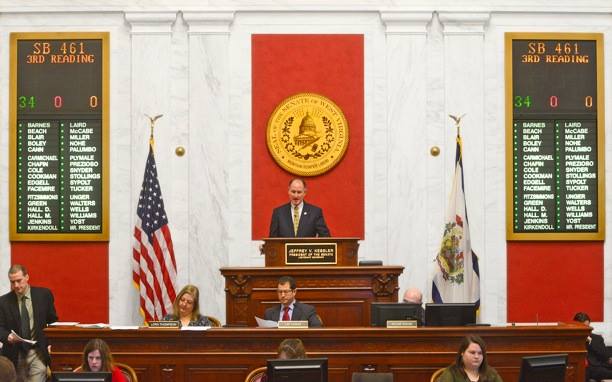 Just minutes later, the WV House of Delegates passed HB 4409, the Valued Employee Retention Program, AKA Work Sharing, on a 85-11 vote. Many other states, including Ohio, already have work sharing programs in place and the program would be revenue neutral, with the federal government paying for start-up costs.

West Virginia is among 15 states where the majority of income growth has gone to the top 1%. This according to a report out this week from the Economic Policy Institute. Lopsided income growth hurts the middle class, and a stagnant minimum wage hurts low-income families. Read more from West Virginia Public News Service and the Charleston Gazette.

The report comes out just as the West Virginia legislature considers whether or not to increase the state’s minimum wage (legislation has passed the WV House of Delegates). Read more in Sean’s blog post on the EPI report and this one debunking claims in today’s Charleston Daily Mail that inaccurately cite a recent Congressional Budget Office report on the economic effects of raising the minimum wage.

While it’s bad enough for workers and the economy that the minimum wage has not kept pace with inflation, the situation is even worse for tipped workers, who haven’t seen a wage increase since 1991. What is a tipped wage and how would the proposed increase in West Virginia’s minimum wage affect it? Read more in Ted’s blog post. And here’s an updated blog post from Sean on how much the new minimum wage would cost employers.

Beyond Time to Raise the Tobacco Tax

Raising the West Virginia tobacco tax by $1 a pack, bringing it inline with the national average, would bring in $130 million a year to the state budget. This would provide a healthy boost to funding Medicaid and reducing the number of smokers in the state. Read more about this win-win in Brandon’s blog post.

This week three Charleston-based day care centers announced they would have to close, blaming this decision, in part, on having to provide health insurance to their employees. The rest of the story, however, is in Brandon’s blog post which points out that the centers have less than 50 employees and, therefore, are not required to provide health care.

What is Coal’s Future?

It’s a much-debated topic in West Virginia. To see interesting projections and policy recommendations, along with multiple citations of the WVCBP’s work, read Economic Impacts on West Virginia from Projected Future Coal Production and Implications for Policymakers from IOPscience. Policymakers took one step closer to one of the paper’s recommendations today with the Senate passage of the WV Future Fund bill.

“America does not have a money problem, it has a priorities problem. We give tax cuts to the wealthy and budget cuts to the poor.” Todd Huffman