Nearly a month after the end of the 2014 Legislative Session, Governor Earl Ray Tomblin signed into law legislation to raise West Virginia’s minimum wage to $8.75 an hour by 2016. Raising the minimum wage will give a raise to over 120,000 working West Virginians, boost the state’s economy and help reduce poverty in the state.

While the governor was making his decision, misguided business interests tried to derail the bill in the 11th hour. The WVCBP worked with legislative leadership and coalition allies to ensure the governor would sign the bill. In case you missed it, articles appeared in the Charleston Daily Mail, Wheeling Intelligencer, Charleston Gazette. Here’s Ted and Alyson’s blog post countering claims from business groups that the bill would be bad policy.

On another front, Senate President Kessler and House Speaker Miley urged the governor to sign the bill and cited WVCBP data in their letter to him.

While this is great news for West Virginia workers, there is also a national effort to raise the wage even higher to $10.10 an hour. This campaign made its way through Charleston on Wednesday. Read more in the Charleston Daily Mail and Charleston Gazette. 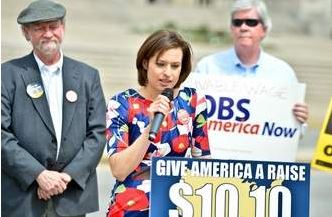 Budget, and All Its Cuts, Also Becomes Law

The day is almost here when we write that check to pay off our state income taxes. Well, not all of us. Many corporations pay zero in state taxes, jumping through loopholes that put West Virginia’s budget into the red this year. Read more here from West Virginia Public News Service.

Tax cuts often lead to budget cuts and the FY 2015 budget has its share. Here’s Sean’s blog posts which give a quick look at how the budget turned out and where the governor’s vetoes were felt.

The number of West Virginians signing up for health care under Obamacare went up in March as the deadline to sign up loomed. More on the numbers in this Charleston Gazette article. As of April 1, 104,827 West Virginians had signed up for coverage under Medicaid alone.

Hopefully the number of West Virginians signing up for health care will help turn around the state’s ranking as one of the nation’s most unhealthy. Brandon’s blog post looks at county-by-county results which show the state’s poorest counties tend to be its most unhealthy. Pleasants County is the state’s healthiest, while McDowell remains its least healthy.

While Obamacare enrollment numbers continue to rise, the ACA still has its opponents. Check out Brandon’s blog post for rebuttals to some of the lingering arguments against the Affordable Care Act.

Many state employees enrolled in PEIA can now switch their children’s coverage over to CHIP, saving both their families and the state money. This change is in large part due to WVCBP policy recommendations made to Governor Tomblin last year. Check it out on the cover and page two of this year’s PEIA benefit guide. 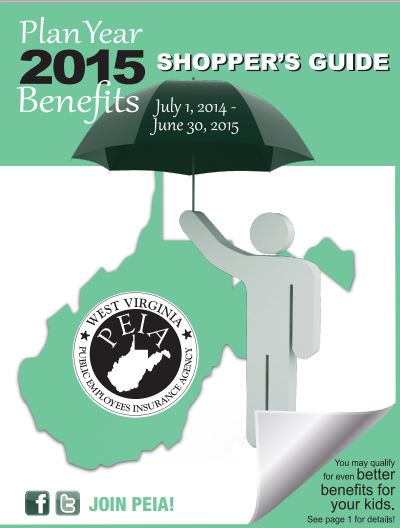 Call for A Summer Research Associate

The WVCBP is currently accepting resumes for its summer research associate position. This year’s project will focus on tax and budget research and the revamping of the primer “Guide to the State’s Budget” which was originally published in 2008. If you are interested, or know someone who is, please forward their resume to lframe@wvpolicy.org. 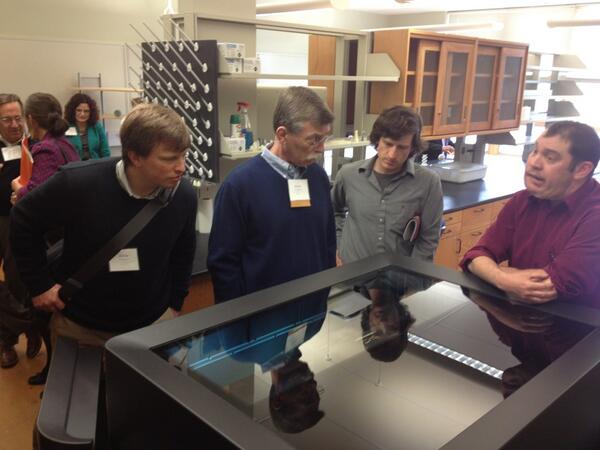 This week in Athens, Ohio, WVCBP Executive Director Ted Boettner checks out a 3-D printer at the Appalachian Funders’ Conference this week.

In case you missed it, the New Yorker ran this amazingly comprehensive piece putting in perspective the politics behind January’s chemical spill, lobbyist control over the state legislature and how the state is evolving politically and why. Chemical Valley: The Coal Industry, the Politicians and the Big Spill is worth your time and written by someone who’s lived here. The piece also mentions the WVCBP’s proposal of a Future Fund to diversify the state’s economy.