On May 4, the Joint Select Committee on Tax Reform will hold its second meeting to look at how to “update” the state’s tax system. So far committee members have floated around some hefty suggestions, like eliminating the Personal Income Tax and further reducing business taxes. Suggestions for how to replace that lost revenue and pay for these cuts have been less in the news.

Ted’s opeds in the Charleston Daily Mail and the Sunday Gazette-Mail both explain why the legislature should move with caution before slashing anything else from the state budget, the state Personal Income Tax in particular. As he states, here are some other avenues that tax reform could take:

Time for a West Virginia EITC

Tax time is hard for all of us, especially low-income working families. The federal Earned Income Tax Credit (EITC) provides tax relief to those families, helps them keep money in their pockets, and, in turn, boosts the local economy. Twenty-five states and the District of Columbia also have their own EITC which gives those same families relief from state taxes as well.

West Virginia has over 180,000 people living in poverty. That’s more than the populations of Charleston, Huntington, Parkersburg, Wheeling and Beckley combined.

It is time for a state EITC in West Virginia to help those families.

This would help reduce the current inequity in the state’s tax system where those who earn less than $16,000/year pay an average of 8.7% of their income in state and local taxes, while those earning above $306,000 pay only 6.5%.

For more on why West Virginia needs a state EITC, check out Sean’s blog post.

Tax cuts are already causing harmful budget cuts, another example of which hit the news today with an announced tuition hike at West Virginia State University. College students are paying the price for years of budget cuts as tuition increases create a greater burden on their families’ budgets. 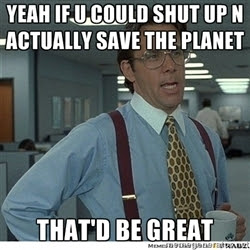