Earlier this week the Census Bureau released its annual state population estimates. The data showed West Virginia losing an estimated 9,951 residents from July 2015 to July 2016, making West Virginia one of only eight states to lose population in the past year. 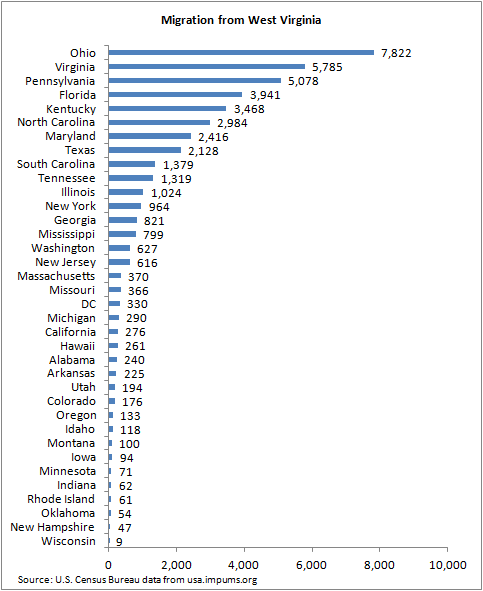 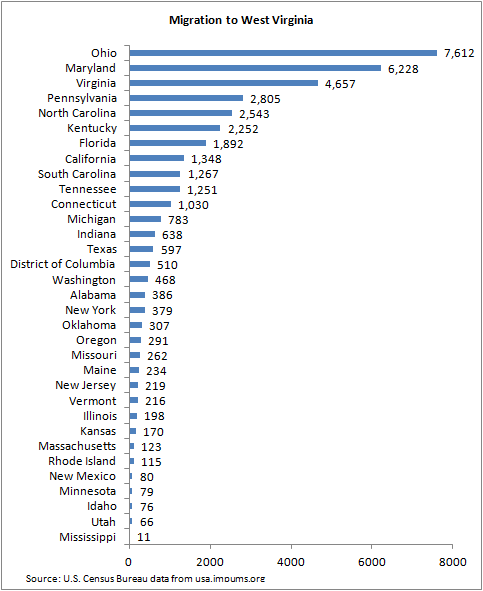 Compared to other states, West Virginia does not see an exceptional amount of migration, in or out of the state. As a share of total population, West Virginia ranks 39th for in migration and 37th for out migration. 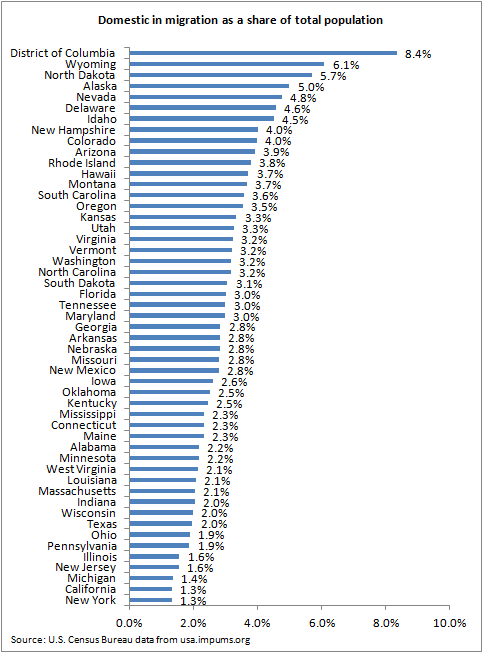 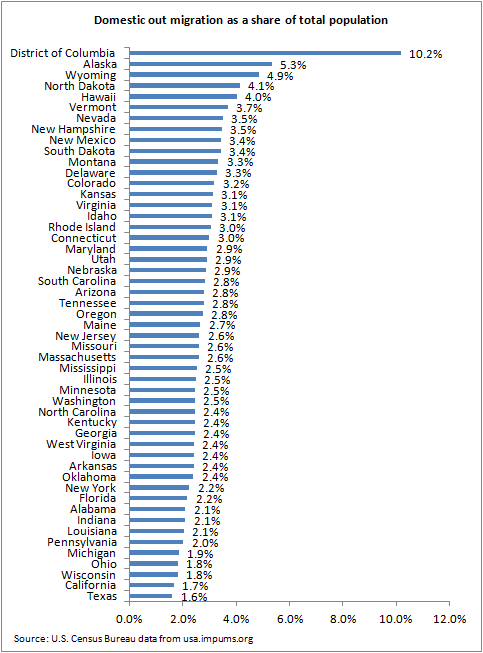