Last month saw the release of the 2018 American Community Survey from the Census Bureau, which included state level poverty and income data for 2018.

As we reported at the time estimated 312,118 West Virginians lived in poverty in 2018, for a total poverty rate of 17.8 percent, the 4th highest in the country. Here are some additional findings from the release:

Seniors in West Virginia are less likely to be in poverty than the rest of the state. The state’s senior poverty rate in 2018 was 10.0 percent. 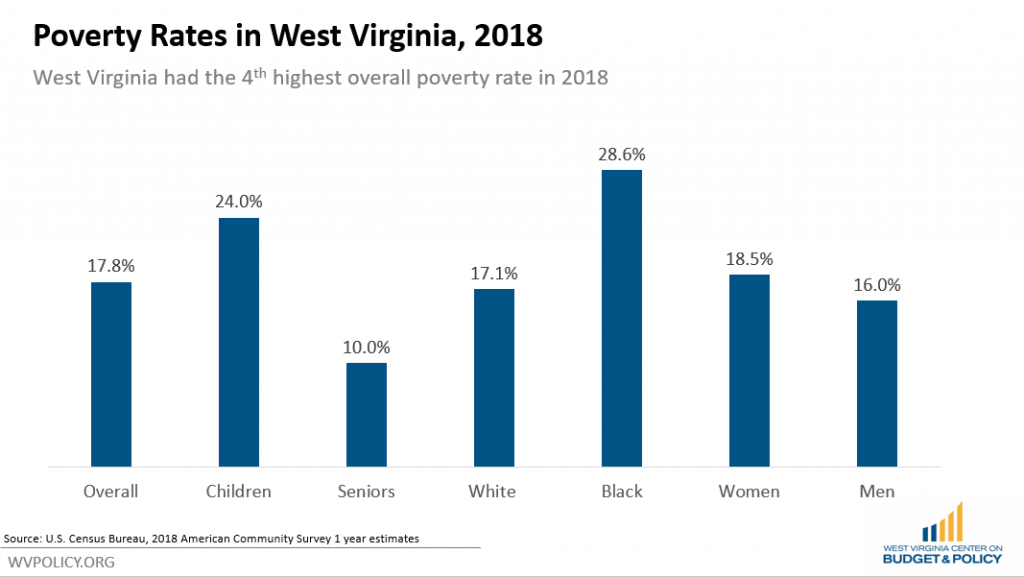