Newly inaugurated Governor Earl Ray Tomblin is making education reform one of his policy priorities. This week, Ted’s blog post discussed several studies that show that children who live in poverty are more likely to score poorly on tests and have other poor outcomes in terms of education. Since West Virginia has such a high poverty rate, its policymakers need to address this root of the problem. A place to start? Provide quality child care and early childhood development programs for the state’s youngest children. 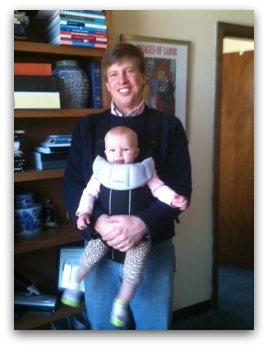 With one-third of tax credits going out of state, more accountability and transparency are needed when reporting on tax incentives the state offers to industry. Read more in Eli’s blog post.

In the latest in his series, Sean explained how eliminating the personal property tax would impact the state overall. Losing that revenue would change the school aid formula and require the state to contribute an additional $117.5 million.

West Virginia ended 2012 on a positive note by ending a 10-month streak of losing jobs. This month’s issue takes a closer look at link between wages and education and how this connection has grown stronger over the past few decades.

Ted’s blog post on education was mentioned in the Charleston Gazette. He also appeared on Howard Monroe’s radio show today to talk about the issue.

Ted’s appointment to the Department of Interior’s Extractive Industries Transparency Initiative made headlines this week particularly since the WVCBP will be the only group on the panel with a state, as opposed to national, focus.