Another Look at West Virginia Employment

US and WV Employment-to-Population Ratio 1976-Present 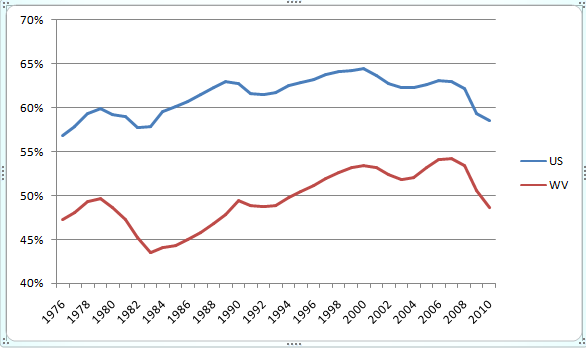 Currently only about 48.6 percent of West Virginia’s working age population is employed, compared to 58.6 percent for the U.S. overall. And as the chart shows, the ratio has been in a nose-dive since the recession began, for both West Virginia and the rest of the country.

The recession has only exacerbated West Virginia’s already troubled labor market. Going forward, West Virginia must be able to diversify its economy, educate and retain its population, and invest in making itself an attractive place to both live and work.