And The Healthiest County is…Pleasants?

The 2014 County Health Rankings were released this week and in a bit of a surprise, little Pleasants County took top honors, while for the 5th year in a row, McDowell County earned the dubious distinction of the least healthy county in the state. 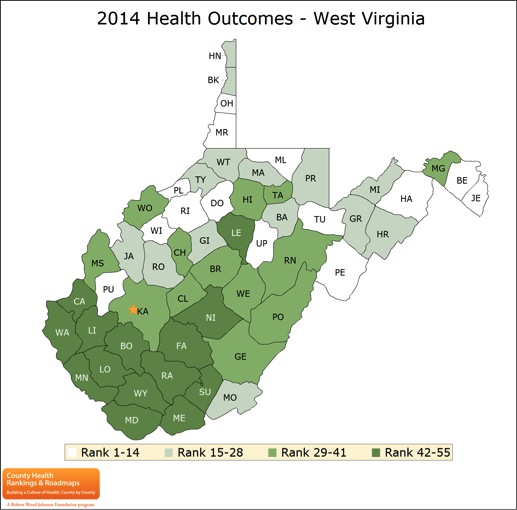 Pleasants County was ranked as the healthiest county in West Virginia this year as McDowell County continues its streak of least healthy.  More information at www.countyhealthrankings.org

While the county aspect is interesting, I don’t think many people would be surprised by the overall trend.  The unhealthiest counties in our state tend to be the southern coal counties (which also tend to have the highest rates of poverty) and the healthiest tend to be where levels of education are the highest, like Mon County and the Eastern Panhandle.

Before all those folks up in the EP climb on their high horse, however, you should know that not a single county in West Virginia ranks in the top 10 percent of counties nationally in most of these measures, including smoking, obesity, premature death, health insurance, preventable hospital stays, physical activity, unemployment, or children in poverty. 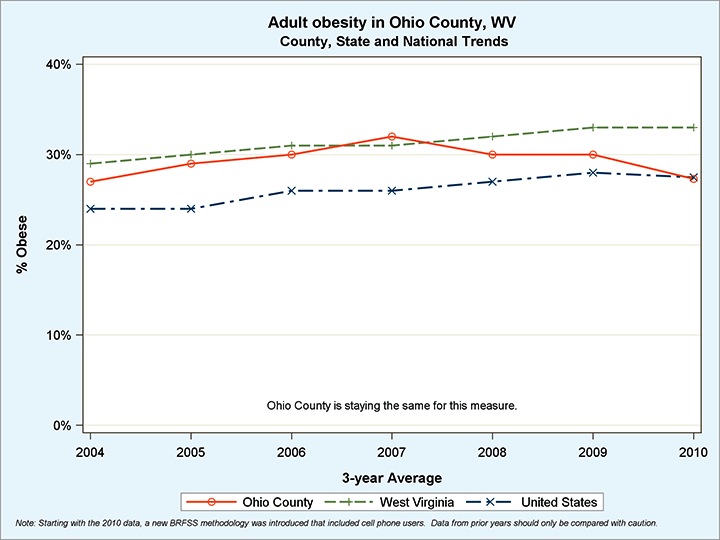 Ohio County has the lowest obesity of any county in West Virginia, yet it’s still higher than the national average.

So what purpose do these rankings serve?  Primarily, it helps illustrate the specific aspects in which our state is struggling by putting a numerical value on them.  Just like taking a practice test will help you see what material you need to work harder on, the county health rankings should help us recognize where our biggest deficiencies are.

While our deficiencies seem to be pretty much everywhere, these rankings should provide the starting point by which we can 1) decide where to focus our limited resources, and 2) provide the yardstick to measure our efforts.

To do this, though, will require action, effort on the part of our state leaders.  Here’s to hoping folks will be willing to step up, be bold, and start driving this state toward a healthier future. 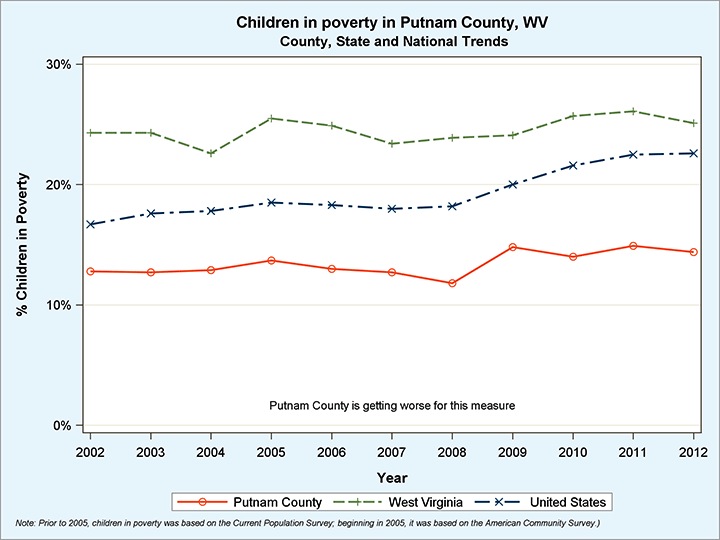 Even though Putnam County has the lowest childhood poverty in West Virginia, it’s getting worse in recent years. Meanwhile, the rate of children across the state is substantially higher than the national rate.