And the Biggest Heart Breaker is…. 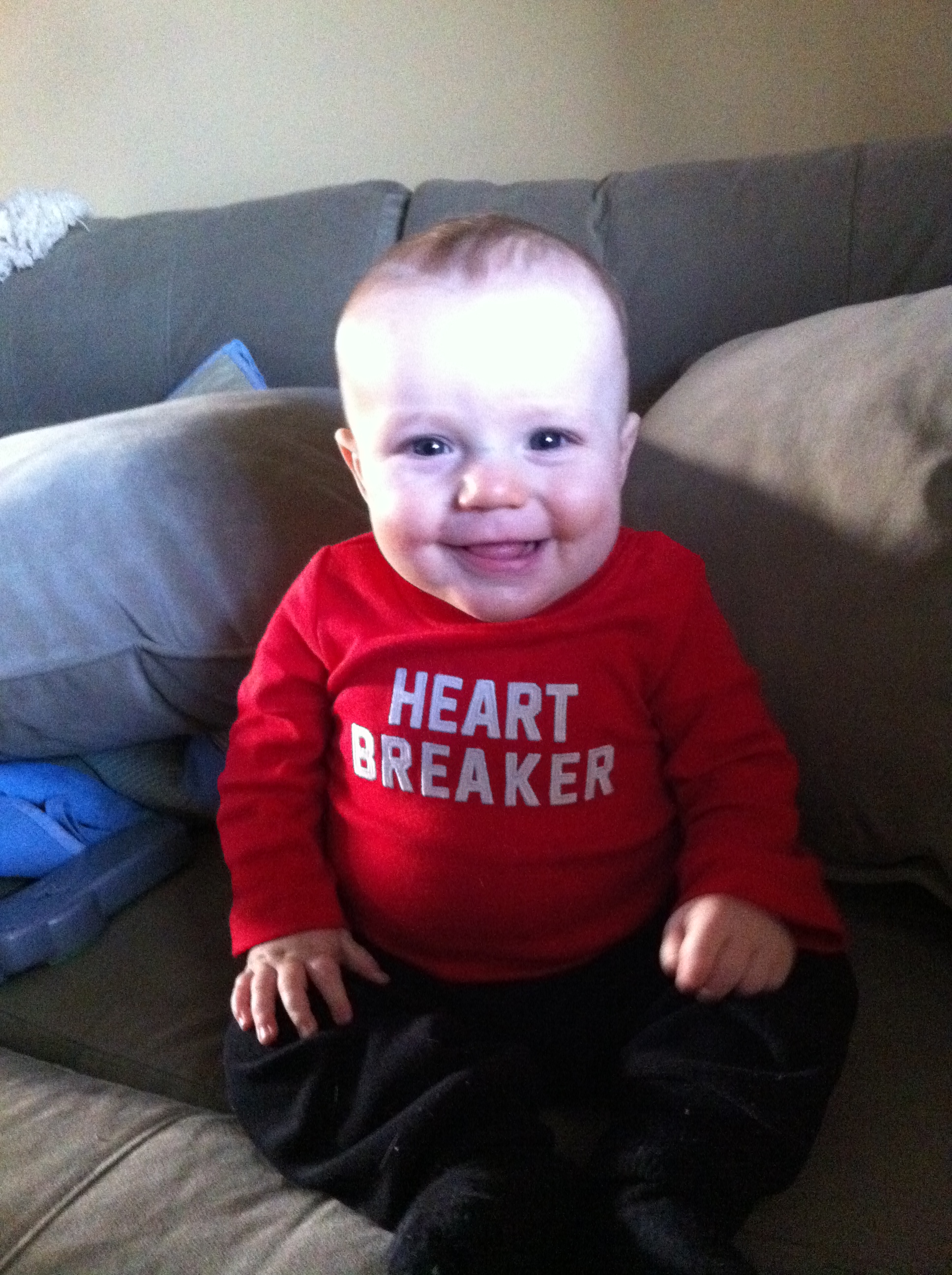 Liam O’Leary – the shirt says it all

Continuing our conversation on children in poverty, Ted blogged this week that one in three young children in West Virginia lives in poverty. Much more to come next week when the WVCBP co-releases its report on poverty with the West Virginia Healthy Kids and Families Coalition.

It was good to hear Governor Tomblin talk about education and funding child care progams during his State of the State address on Wednesday. For a quick recap of the speech’s highlights, read Ted’s blog post from today.

The governor released his FY 2014 budget this week. Puzzling part is that while asking for agencies to cut back he has also proposed new tax cuts. Read more in Sean’s blog post out today and look for our full analysis next week.

As the 2013 Legislative Session started this week and policymakers announced their agendas, the WVCBP was mentioned in good news (Tomblin Proposes $17 Million in Child-Care Subsidies) and not-so-good news (Tomblin Speech Light on Talk of Energy Issues) both in the Charleston Gazette on Thursday.

While Governor Tomblin may not be talking about the Future Fund as a legislative priority, Senate President Kessler is, along with many other great initiatives including battling child poverty.

Speaking of the Future Fund, Senator Kessler introduced his bill today to create a Future Fund, SB 167, along with nine cosponsors. It has been double-referenced to the Senate Economic Development and Finance Committees.

On the first day of the session, the Senate introduced and immediately passed Senate Resolution 6 to create a Senate Select Committee on Children and Poverty. Senator John Unger was the resolution’s lead sponsor joined by nine other senators. The committee’s 11 members will include the chairs of the Judiciary, Finance, Education and Health and Human Resources Committees, along with seven others to be selected by the Senate President.

On Wednesday, Ted attended the first meeting of the U.S. Extractive Industries Transparency Initiative Multi-Stakeholder Group. The group plans to meet throughout 2013 and Ted’s role will be to represent the public, joining others there from government and industry. The group’s goal is to “develop new ways to bring greater transparency to the revenue that is generated and collected from extractive processes of our nation’s natural resources.” To learn more about the U.S. EITI click on this video.

Senate leaders appear poised to tackle West Virginia’s high level of child poverty this legislative session. Who lives in poverty in our state?

The 2013 Legislative Session kicked off this week. Tune in here for a list of upcoming budget hearings:

Tuesday, February 19
House: Auditor’s Office at 9AM, Veterans’ Assistance at 1PM
Senate: Department of Administration at 3PM, Bureau of Senior Services at 3:45PM

Thursday, February 21
House: Secretary of State’s office at 1PM
Senate: Division of Corrections at 9:30AM, Department of Military Affairs and Public Safety at 3PM

Friday, February 22
House: Department of Administration at 9AM