While a number of states took action recently this year to increase their minimum wages and expand overtimes protections, West Virginia moved in the opposite direction. SB 377, which passed and was signed by the governor, exempted seasonal amusement park workers from being eligible for overtime pay, while HB 2048, which was introduced by not taken up, would have exempted seasonal amusement park workers from minimum wage requirements.

These bills highlight an often overlooked aspect of the minimum wage, not all employees are entitled to be paid the minimum wage, with millions nationwide being paid less. The Fair Labor Standards Act allows for businesses to pay certain employees below the minimum wage. These include student workers, certain farm workers, those who work on commission, those who receive tips, seasonal and recreation workers, babysitters, and in some instances youth workers, as well as workers with mental or physical disability. West Virginia has its own set of exemptions in state code. 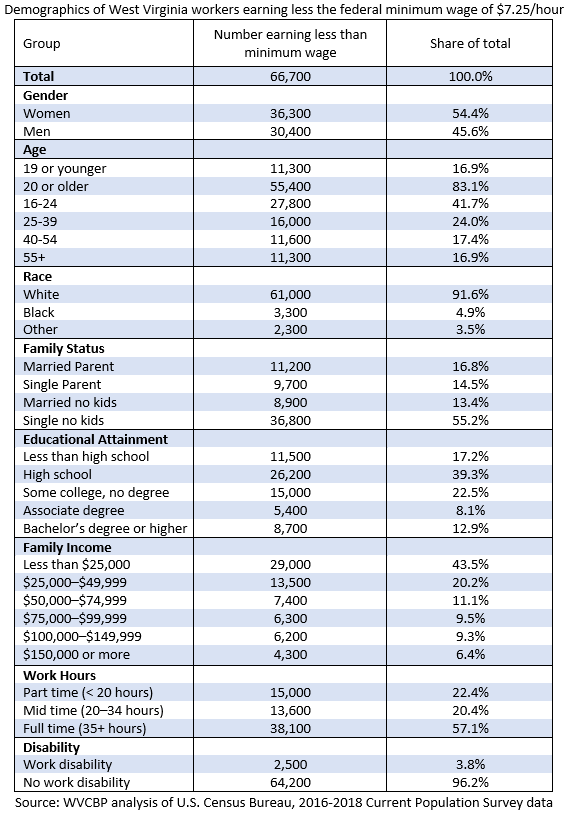 Tipped and other sub-minimum wage earners are a growing portion of the U.S. workforce, and raising their pay is an important step to reducing gender, racial, and income inequality.