191,000 Workers in WV Would Benefit From a Minimum Wage Increase

In West Virginia, an estimated 191,000 workers would see higher wages because of the minimum wage increase, both directly and indirectly. Raising the minimum wage to $10.10/hr would increase the wages of these workers by a total of $360 million, or an average of $2,444 annually per worker. The increase in wages would stimulate demand for goods and services, increasing the state’s GDP by $228 million, and help create 900 jobs.

While the perception exists that many minimum wage earners are simply teenagers with part-time jobs, the reality is that the most of the beneficiaries of an increase in the minimum wage are adults working full time to support their families. For example, in West Virginia:

Over 90 percent of the beneficiaries of a minimum wage increase are over the age of 20. 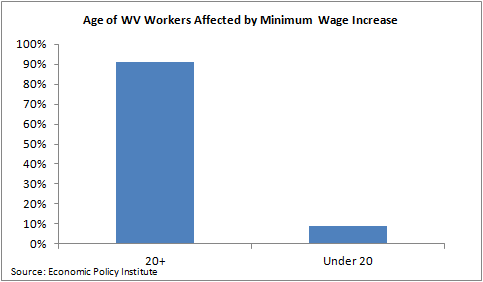 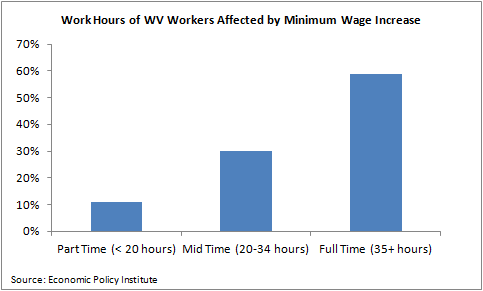 More than 28 percent have children, while over 41 percent are married. 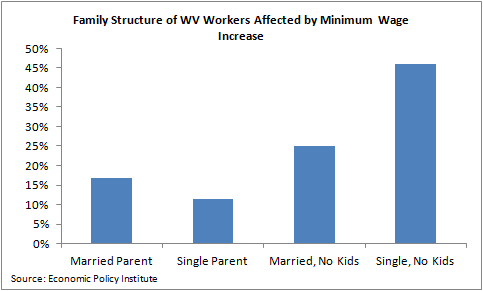 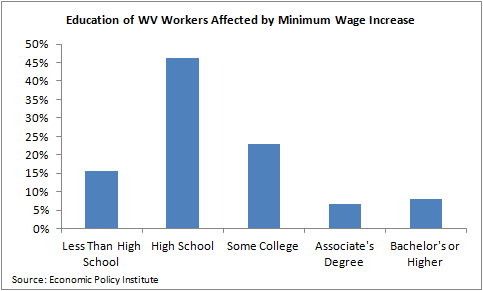